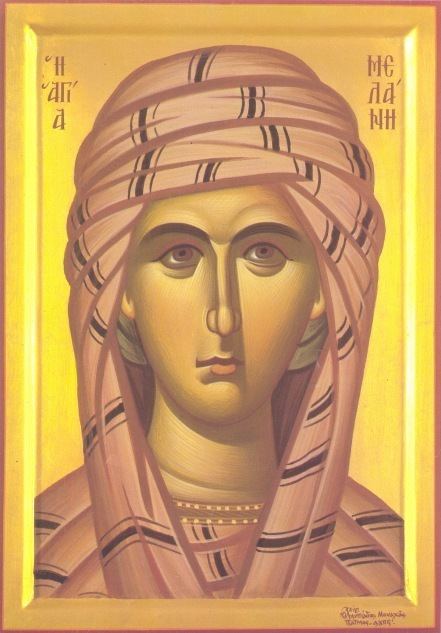 Saint Melania the Elder, (born in Spain, ca. 350–died in Jerusalem before 410 or in ca. 417) was a Desert Mother who was an influential figure in the Christian ascetic movement that sprang up in the generation after the Emperor Constantine made Christianity a legal religion of the Roman Empire. She founded two religious communities on the Mount of Olives in Jerusalem. 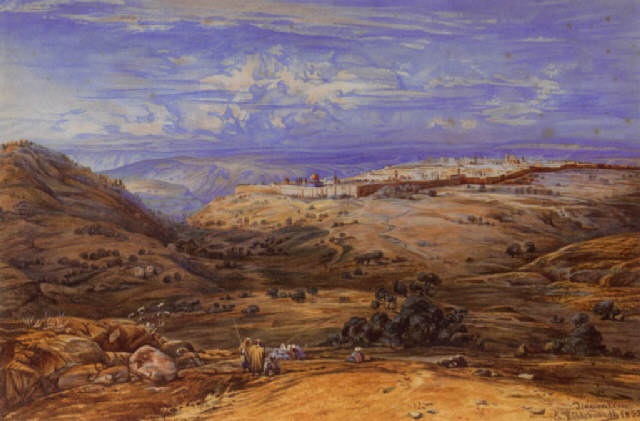 Eduard Hildebrandt (1817 Gdańsk - October 25, 1869 Berlin), was a German artist. He first studied painting techniques under his father; then in  1837 he studied at the Academy of Fine Arts in Berlin, under the direction of well-known German marine painter Wilhelm Krause. After graduation he lived and worked in Berlin, where he went on artistic tours to Scandinavia, the UK, North America and Brazil. Painter of landscapes. He was friends with Alexander von Humboldt. More on Eduard Hildebrandt

St. Melania the Elder, one of the wealthiest citizens of the empire. She married at fourteen, and moved with her husband to the suburbs of Rome. Her husband and two out of three sons had died by the time she was twenty-two. She became a Christian in Rome and, leaving her son with a guardian, set off to Alexandria, accompanied by her servants, to join other Christian ascetics, a lifestyle characterized by abstinence from sensual pleasures, often for the purpose of pursuing spiritual goals, to visit the monks at Nitria; the earliest of the three major centers of Christian monastic activity in the Nitrian Desert. 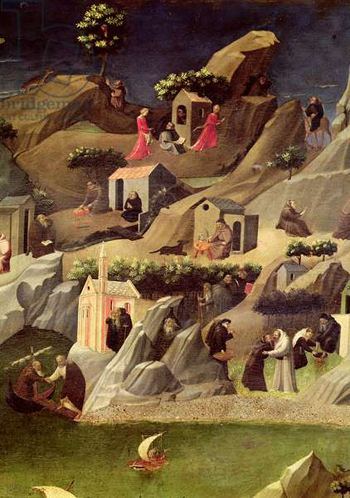 She stayed with the monks in the desert near Alexandria, Egypt (today the area is known as Wadi Natroun) for about six months. When persecution broke out after the death of Bishop Athanasius in 373 and many of the monks were exiled to Diocaesaraea in Palestine. St. Melania followed and supported them financially. The governor had her briefly imprisoned, but released her when he realized her social status. She built a convent in Jerusalem, and a monastery on the Mount of Olives for the monk and theologian Rufinus of Aquileia. 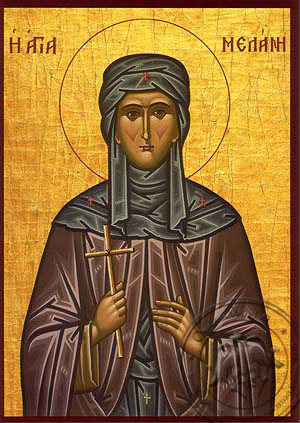 Around the year 400 she left for Rome to see her son, who had married. Due to her influence, her granddaughter, known as Melania the Younger would later take up the religious life. 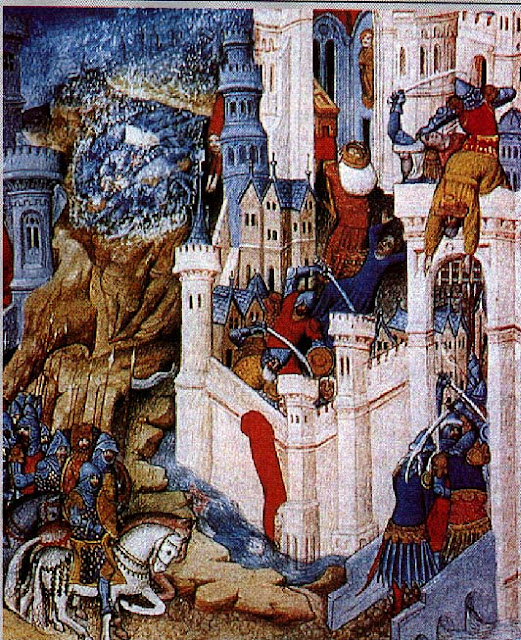 When the Visigoths marched on Rome in 410, Melania, her daughter-in law, Albina, and granddaughter Melania and her husband fled to Sicily. From there they went to the family estate at Thagaste in North Africa, where they remained for seven years. They then went to Jerusalem, where Melania died around 417. More on Saint Melania the Elder