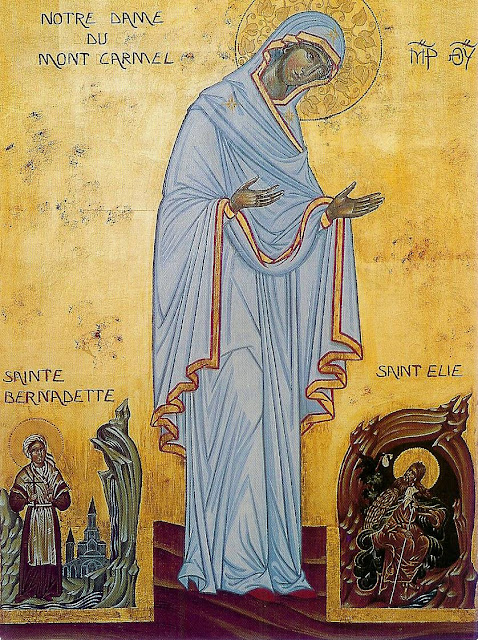 Our Lady of Lourdes

Our Lady of Lourdes is a Roman Catholic title of the Virgin Mary venerated in honour of the Marian apparitions that reportedly occurred in 1858 in the vicinity of Lourdes in France. The first of these is the apparition of 11 February 1858, when 14-year old Bernadette Soubirous told her mother that a "lady" spoke to her in the cave of Massabielle while she was gathering firewood with her sister and a friend.

Soubirous claimed she saw "a petite damsel," in white, with a golden rosary and blue belt fastened around her waist, and two golden roses at her feet. In subsequent visitations she heard the lady asking that a chapel be built there.

The next day, she said the apparition asked her to dig in the ground and drink from the spring she found there. This made her dishevelled and some of her supporters were dismayed, but this act revealed the stream that soon became a focal point for pilgrimages. Although it was muddy at first, the stream became increasingly clean. As word spread, this water was given to medical patients of all kinds, and many reports of miraculous cures followed.

After church investigations confirmed her visions, a large church was built at the site. 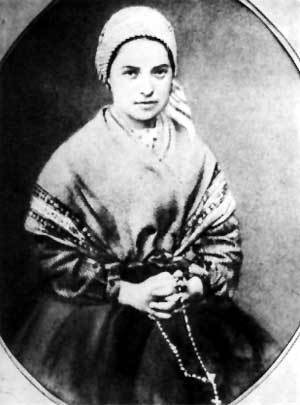 Soubirous was later canonized as a Saint Bernardette Soubirous in 1933 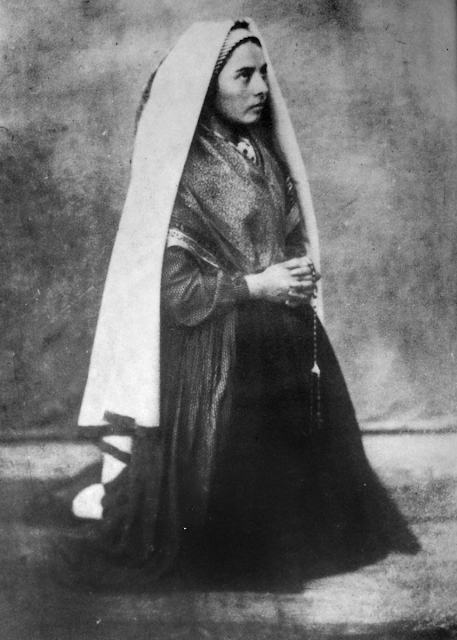 Many Marian apparitions, although they may occur in different ages and cultures, share similarities. Soubirous's visions took place against a cultural backdrop of apparitions and other supernatural events that bear some resemblance to Soubirous's experiences. It is likely that Soubirous would have known of, and may even have been influenced by, such events, which were woven into the fabric of her society. More on Our Lady of Lourdes 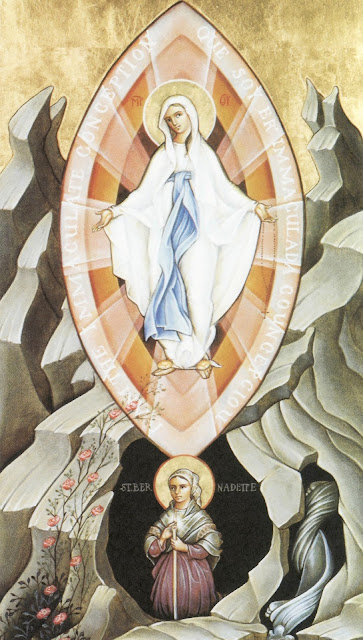 Unknown
Novena to Our Lady of Lourdes

I don't own any of these images - credit is always given when due unless it is unknown to me. If I post your images without your permission, please tell me.