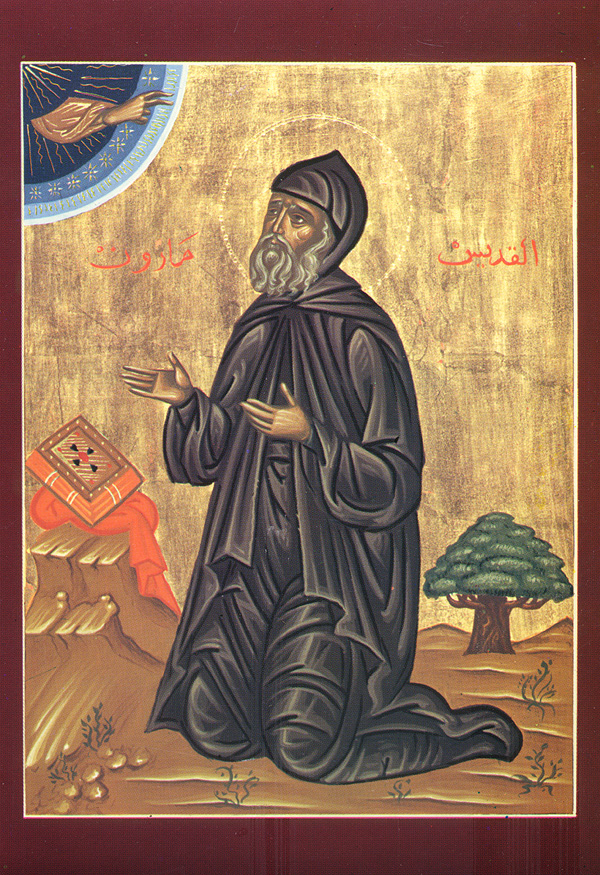 Maron, also called Maroun or Maro, was a 4th-century Syriac Christian hermit monk in the Taurus Mountains whose followers, after his death, founded a religious Christian movement that became known as the Syriac Maronite Church, in full communion with the Holy See and the Catholic Church. The religious community which grew from this movement are the modern Maronites.

Maron, born in what is now modern Syria, in the middle of the 4th century, was a priest who later became a hermit, retiring to the Taurus Mountains in the region of Cyrrhus, near Antioch. His holiness and miracles attracted many followers, and drew attention throughout the empire. Maron is believed to have studied in the great Christian learning center at Antioch, which at the time was the third largest city in the Roman Empire. 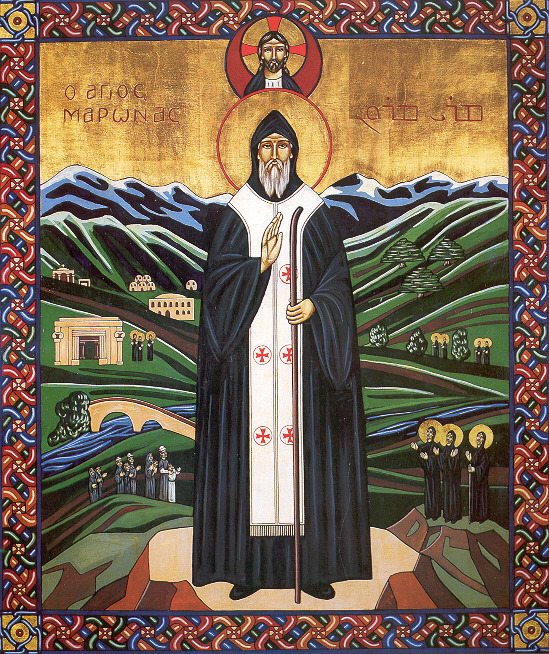 Maroun of Syria In the valleys of Lebanon

Around 685, St. John Maron, became the first Patriarch on the Maronite Church, which made the Byzantine Emperor furious, and led to another persecution that left 500 martyrs. The monastery of Bet Moroon was damaged. Many Maronites left their lands in Syria and joined their brethren in the mountains of Lebanon. In the valleys of Lebanon, the Maronite Church began to grow. More on this Icon

Maron embraced a life of quiet solitude in the mountains north-west of Aleppo. He was known for his simplicity and his extraordinary desire to discover God’s presence in all things. Maron's way was deeply monastic with emphasis on the spiritual and ascetic aspects of living. For Maron, all was connected to God and God was connected to all. He did not separate the physical and spiritual world. 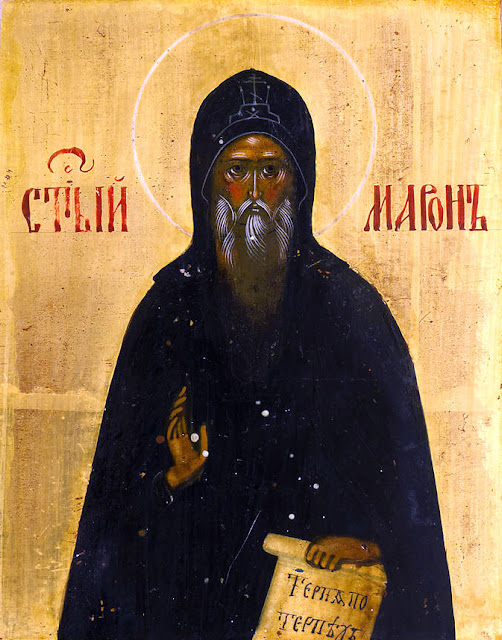 This missionary work came to fruition when in the mountains of Syria, Saint Maron was able to convert a temple into a Christian church in Kafr Nabu. This was to be the beginning of the conversion to Christianity in Syria which would then influence and spread to Lebanon. More on Maron 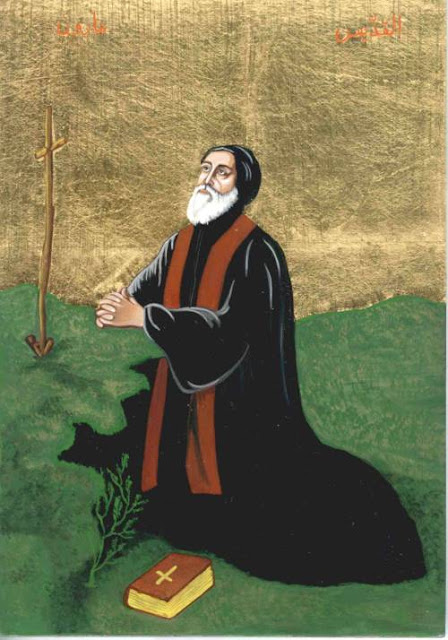 Please note that the content of this post primarily consists of articles available from Wikipedia or other free sources online.
at February 09, 2019