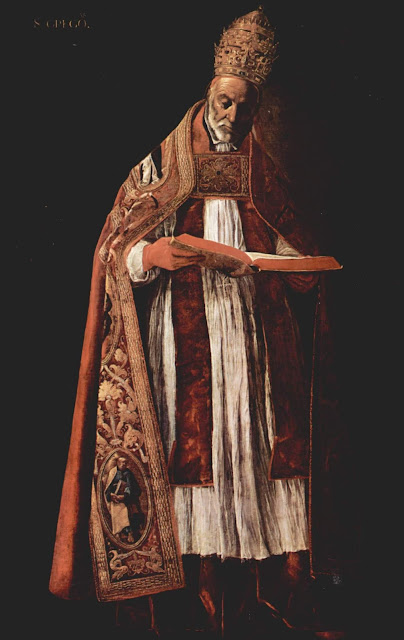 Pope Gregory I (c. 540 – 12 March 604), commonly known as Saint Gregory the Great, was Pope from 3 September 590 to 12 March 604 AD. He is famous for instigating the first recorded large-scale mission from Rome, the Gregorian Mission, to convert the then-pagan Anglo-Saxons in England to Christianity. The mission was successful, and it was from England that missionaries later set out for the Netherlands and Germany. 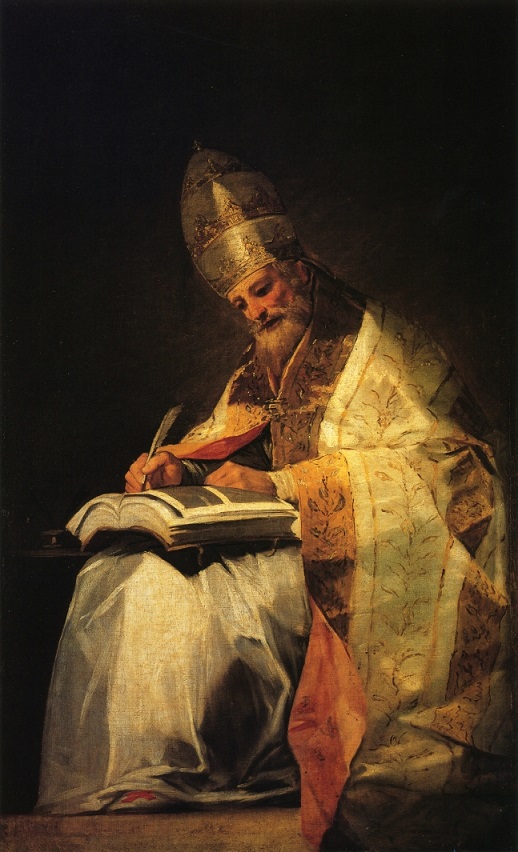 Francisco José de Goya y Lucientes[A] (30 March 1746 – 16 April 1828) was a Spanish romantic painter and printmaker. He is considered the most important Spanish artist of late 18th and early 19th centuries and throughout his long career was a commentator and chronicler of his era. Immensely successful in his lifetime, Goya is often referred to as both the last of the Old Masters and the first of the moderns. He was also one of the great portraitists of modern times. More on Francisco José de Goya

Gregory is commonly credited with founding the medieval papacy and so many attribute the beginning of medieval spirituality to him. Gregory is the only pope between the fifth and the eleventh centuries whose correspondence and writings have survived enough to form a comprehensive corpus. 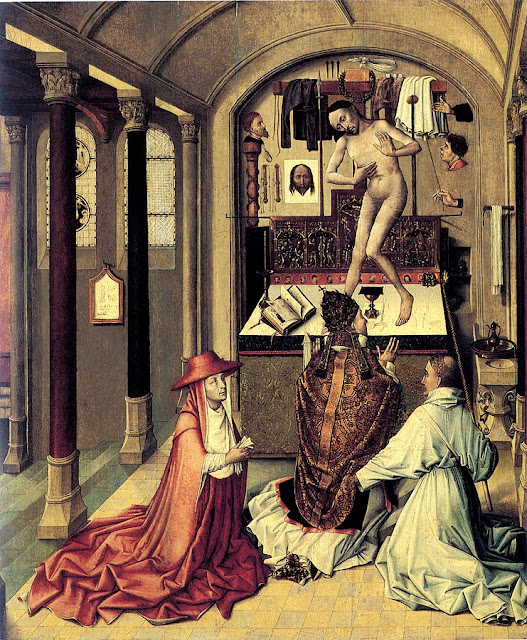 Gregory is shown saying Mass when Christ as the Man of Sorrows appears on the altar. The subject was most common in the 15th and 16th centuries.

Robert Campin (c. 1375 – 26 April 1444), now usually identified as the artist known as the Master of Flémalle, is usually considered the first great master of Flemish and Early Netherlandish painting. His identity and the attribution of the paintings in the "Campin group" has been a matter of controversy for decades. His life is relatively well documented for the period, but he did not sign his paintings, and none could be securely connected with him, whilst a corpus of work attached to the unidentified "Master of Flémalle".

By 1406 he was active in Tournai, in today's Belgium. His early work shows the influence of the International Gothic painters the Limbourg brothers (1385 – 1416) and Melchior Broederlam (c. 1350 – c.1409), but display a realistic observation than any earlier artists, which he achieved through innovations in the use of oil paints. He was successful in his lifetime, and the recipient of a number of civic commissions. Campin taught both Rogier van der Weyden and Jacques Daret. He was a contemporary of Jan van Eyck, they met in 1427. Campin's best known work is the Mérode Altarpiece, dated c 1425-28, now in New York. More on Robert Campin 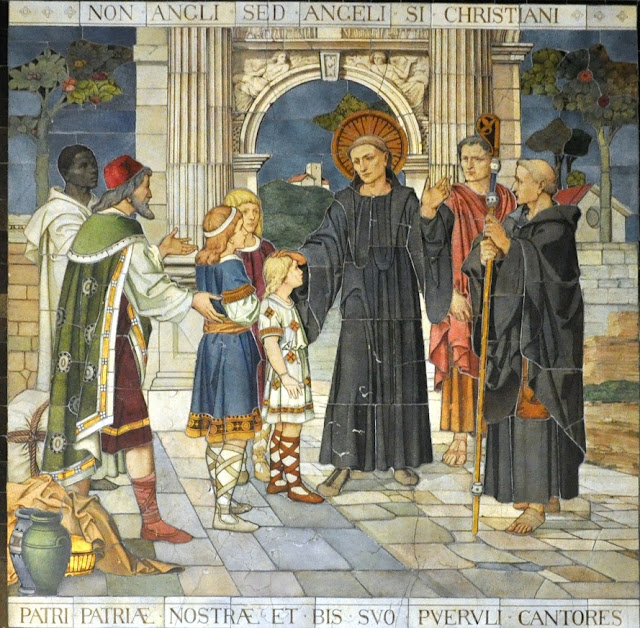 Gregory is known for his administrative system of charitable relief of the poor at Rome. The philosophy under which he devised this system is that the wealth belonged to the poor and the church was only its steward. He received lavish donations from the wealthy families of Rome, who, following his own example, were eager, by doing so, to expiate their sins. He gave alms equally as lavishly both individually and en masse.

Gregory was born into a wealthy noble Roman family with close connections to the church. On his father's death, Gregory converted his family villa into a monastery dedicated to Andrew the Apostle. Eventually, Pope Pelagius II ordained Gregory a deacon.

In 579, Pelagius II chose Gregory as his apocrisiarius (ambassador to the imperial court in Constantinople), a post Gregory would hold until 586,  to ask the emperor for military aid against the Lombards.  It soon became obvious to Gregory that the Byzantine emperors were unlikely to send such a force, given their more immediate difficulties with the Persians in the East and the Avars and Slavs to the North. 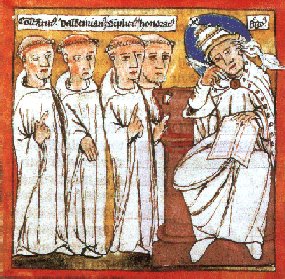 Gregory I the Great listens to the Holy Spirit while writing his “dialogues” or saints legends
Musée Condé, Chantilly

Gregory left Constantinople for Rome in 585, returning to his monastery on the Caelian Hill. Gregory was elected by acclamation to succeed Pelagius II in 590, when the latter died of the plague spreading through the city. Gregory was approved by an Imperial iussio from Constantinople the following September.

Please note that the content of this post primarily consists of articles available from Wikipedia or other free sources online.
at March 12, 2020