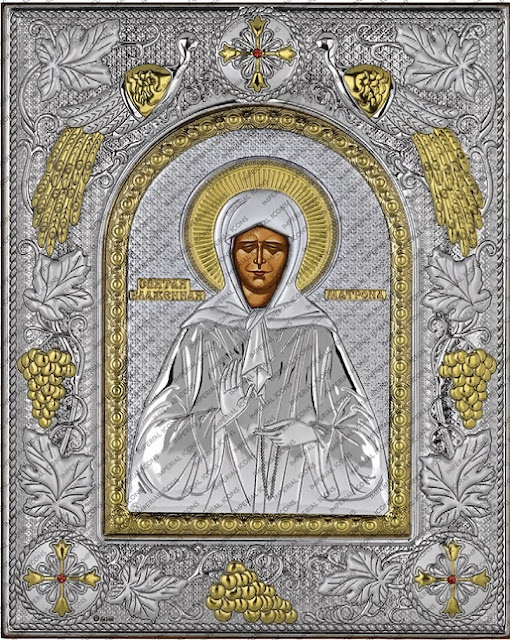 Matrona of Barcelona or Matrona of Thessalonica is a saint of the Roman Catholic Church and the Eastern Orthodox Church. She was recognized as a saint pre-congregation.

She lived in the third or fourth century. She was a young girl and a slave to the Jewish woman Pautila, wife of one of the military commanders, or governor, of Thessalonica.
According to legend, she believed in Christ from her youth. Pautila constantly constantly mocked her slave for her faith in Christ, and tried to convert her to Judaism. Saint Matrona still prayed to the Savior Christ, and secretly went to church unbeknownst to her vengeful mistress. 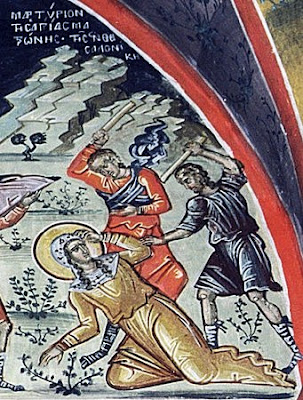 In a rage Pautila beat the martyr almost to death, then bound her even more tightly and locked her in the closet. The door was sealed so that no one could help the sufferer. The holy martyr remained there for four days without food or water, and when Pautila opened the door, she again found Saint Matrona free of her bonds, and standing at prayer. 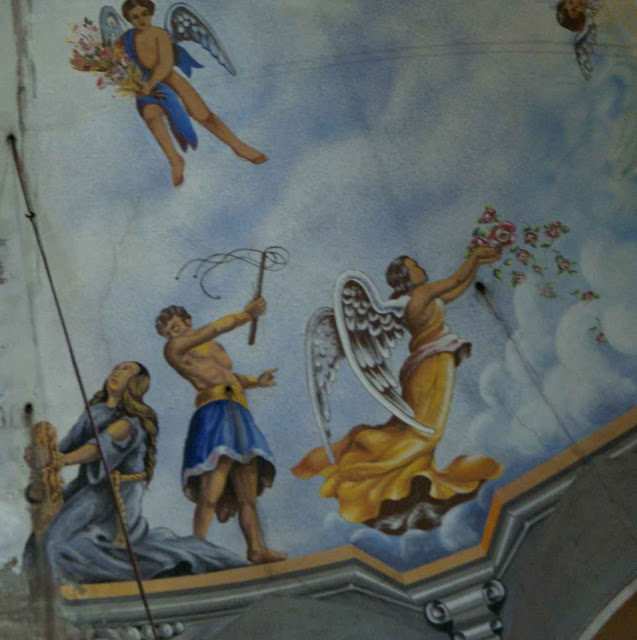 The martyrdom of Saint Matrona
The Apse Church in Barcelona

Pautila flogged the holy martyr and left the skin hanging in strips from her body. The fierce woman locked her in the closet again, where Saint Matrona gave up her spirit to God.

Pautila had the holy martyr’s body thrown from the roof of her house. Christians took up the much-suffered body of the holy martyr and buried it. Later, Bishop Alexander of Thessalonica built a church dedicated to the holy martyr. Her holy relics, glorified by many miracles, were placed in this church.

The judgment of God soon overtook the evil Pautila. Standing on the roof at that very place where the body of Saint Matrona had been thrown, she stumbled and fell to the pavement. Her body was smashed, and so she received her just reward for her sin. 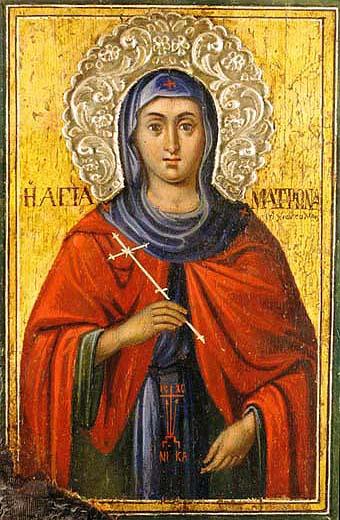 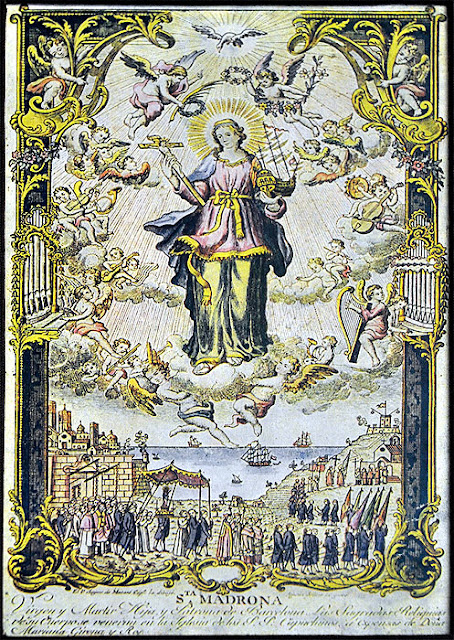 Please note that the content of this post primarily consists of articles available from Wikipedia or other free sources online.
at March 27, 2020