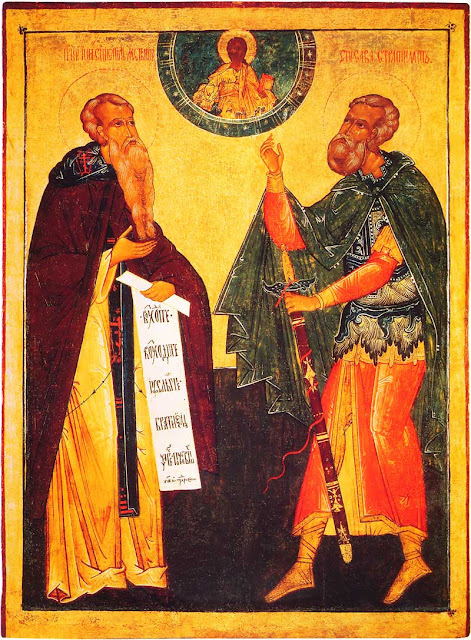 Saint Sabbas Stratelates, the General of Rome (died 272, Tiber River, Rome) was an early Christian warrior saint and martyr, a Roman military general under emperor Aurelian. He is the 'twin' of Saint Sabbas the Goth (See April 12th). His martyrdom was followed by 70 Roman soldiers. 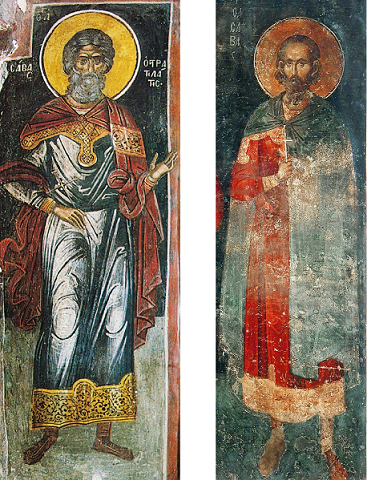 Saint Sabbas Stratelates came from a Gothic tribe. For his bravery he attained the high rank of military commander or stratelates, and he served under the Roman emperor Aurelian (270-275). From his youth, Sabbas was a Christian and he fervently followed the commands of Christ. He helped the needy, and visited Christians in prison. Saint Sabbas had the gift of wonderworking, healing the sick and casting out demons in the name of Christ.

When the emperor learned that Saint Sabbas was a Christian, he demanded that he apostatize. The martyr threw down his military belt and declared that he would not forsake his faith. They beat him, burned him with torches, and threw him into a cauldron with tar, but the martyr remained unharmed. 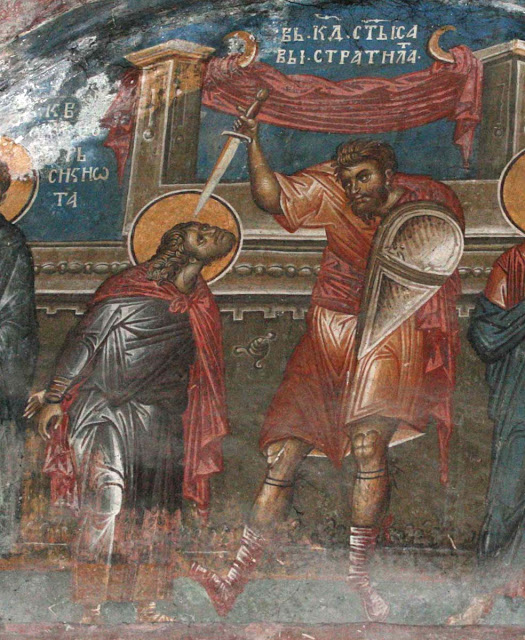 Looking on at his torments, seventy soldiers came to believe in Christ. They were beheaded by the sword. St Sabbas was thrown in prison. At midnight, while he was praying, Christ appeared to the martyr and shone on him the light of His Glory. The Savior bade him not to fear, but to stand firm. Encouraged, the Martyr Sabbas underwent new torture in the morning, and was drowned in a river in 272. More on St. Savva Stratilat