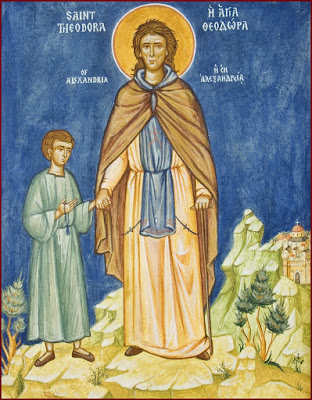 St. Theodora of Alexandria and her husband lived in Alexandria. Love and harmony ruled in their family. A certain rich man was captivated by the youthful beauty of Theodora and attempted to lead her into adultery, but was initially unsuccessful. He then bribed a woman of loose morals, who led the unassuming Theodora astray by saying that a secret sin, which the sun does not see, is also unknown to God.

Theodora betrayed her husband, but soon came to her senses and realizing the seriousness of her fall, she became furious with herself, slapping herself on the face and tearing at her hair. 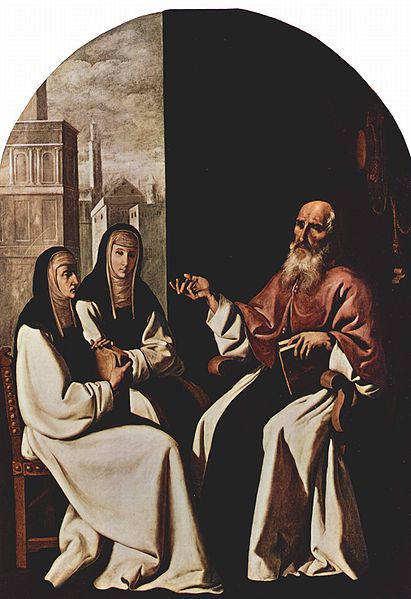 Her conscience gave her no peace, and she went to a renowned abbess and confessed her transgression. Seeing the young woman’s repentance, the abbess spoke to her of God's forgiveness and reminded her of the sinful woman in the Gospel who washed the feet of Christ with her tears and received from Him forgiveness. 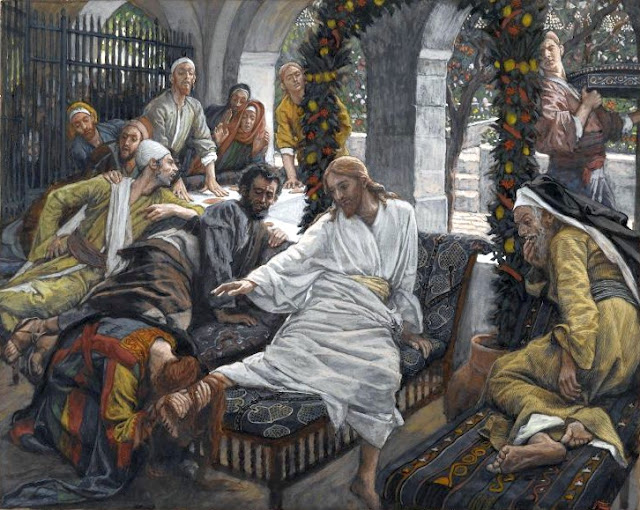 St. Theodora resolved to go off to a monastery to purify herself by labor and by prayer. She left her home secretly, and dressing herself in men's clothes, she went to a men's monastery, since she feared that her husband would find her in a community of women. 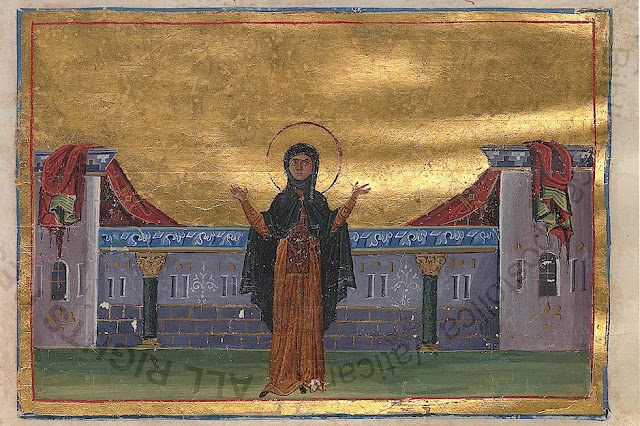 In order to test the newcomer, the monastery’s abbot would not permit her to enter. St. Theodora spent the night at the gates. In the morning, she fell down at the knees of the abbot telling him her name was Theodore from Alexandria, and entreated him to let her remain at the monastery for repentance and monastic labors. Seeing the sincere intent of the newcomer, the abbot consented. Even the experienced monks were amazed at Theodora's all-night prayers on bended knee, her humility, endurance and self-denial. The saint labored at the monastery for eight years. Her body, once defiled by adultery, now became a vessel of the grace of God and a receptacle of the Holy Spirit.

While on a journey to buy provisions, Theodora was instructed by her abbot to stay at the Enata Monastery if there was cause for delay. There was also a young woman staying at the guest house of this same monastery. She tried to seduce St. Theodora, not realizing the monk before her was a woman. Discouraged that she had been rejected, the girl undertook a liaison with another guest and became pregnant. Ultimately, the father of this shameless girl began to question his daughter about the father of the child. The girl told him the father was the Monk Theodore, which was immediately reported to the abbot of St. Theodora’s monastery. Upon being confronted, St. Theodora replied, "As God is my witness, I did not do this." Knowing of Theodore's purity and holiness of life, the abbot did not believe the accusation.

When the infant was born, the monks brought the infant to the monastery where St. Theodora lived and reproached all of their monastics for leading an unchaste life. The abbot became angry at the innocent Theodore and entrusted the infant into the care of the saint, throwing her out of the monastery in disgrace. The saint humbly submitted to this new trial, seeing in it the expiation of her former sin. She settled with the child not far from the monastery in a hut. Shepherds, out of pity, gave her milk for the infant, and the saint herself ate only wild vegetables.

Bearing her misfortune, St. Theodora spent seven years in banishment. Finally, at the request of the monks, the abbot allowed her to return to the monastery with the infant, and in seclusion she spent two years instructing the child. The abbot of the monastery received a revelation from God that the sin of the monk Theodore was forgiven. The grace of God dwelt upon the monk Theodore, and soon all the monks began to witness the signs worked through the prayers of the saint.

Before her death, St Theodora shut herself in her cell with the child and instructed him to love God above all things.. After this, she prayed and, for the last time, she asked the Lord to forgive her sins. The child also prayed together with her. Soon the words of prayer faded from the lips of St. Theodora, and she peacefully departed to a better world.

The Lord revealed to the abbot the spiritual accomplishments of the saint, and also her secret. The abbot, in order to remove any dishonor told of his vision and uncovered the bosom of the saint as proof. The monastics shrank back in terror. Falling down before the body of the saint, with tears they asked forgiveness of St. Theodora. News of St. Theodora’s death reached her former husband, and he received monastic tonsure at this same monastery where his wife had lived. The child also followed in the footsteps of his foster-mother. Afterwards, he became abbot of this very monastery. More on St. Theodora of Alexandria 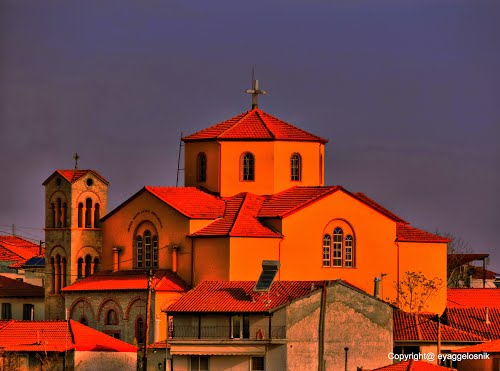 The Only Orthodox Church Dedicated to Saint Theodora of Alexandria
Pieria, Macedonia, Greece

Please note that the content of this post primarily consists of articles available from Wikipedia or other free sources online.
at April 28, 2020