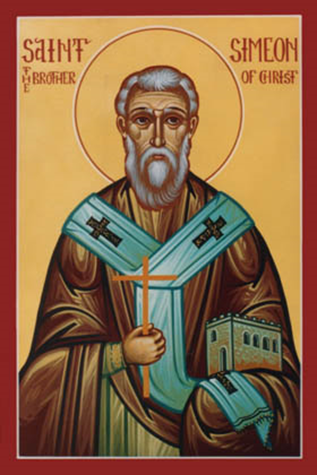 Simeon of Jerusalem was a Jewish Christian leader and according to most Christian traditions the second Bishop of Jerusalem; from 62 or 70 to 107AD 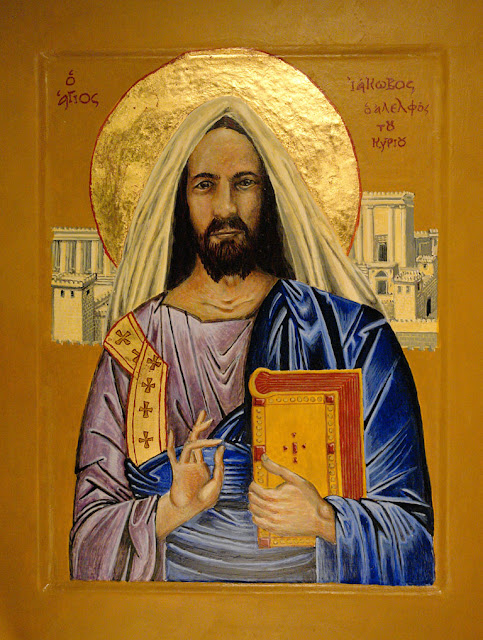 According to tradition the first bishop of Jerusalem was James the Just, the "brother of the Lord". He was appointed bishop by the Apostles Peter, St. James and John.

The is no doubt Simeon  was one of those brethren of Christ who are mentioned in the Acts of the Apostles as having received the Holy Spirit on the day of Pentecost. 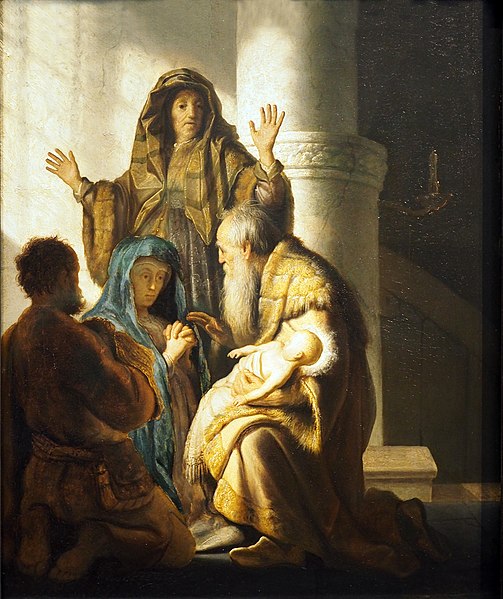 Rembrandt Harmenszoon van Rijn (15 July 1606 – 4 October 1669) was a Dutch painter and etcher. He is generally considered one of the greatest painters and printmakers in European art and the most important in Dutch history. His contributions to art came in a period of great wealth and cultural achievement that historians call the Dutch Golden Age when Dutch Golden Age painting dominated Europe, was extremely prolific and innovative, and gave rise to important new genres in painting.
Having achieved youthful success as a portrait painter, Rembrandt's later years were marked by personal tragedy and financial hardships. Yet his etchings and paintings were popular throughout his lifetime, his reputation as an artist remained high, and for twenty years he taught many important Dutch painters. His self-portraits form a unique and intimate biography, in which the artist surveyed himself without vanity and with the utmost sincerity.


In his paintings and prints he exhibited knowledge of classical iconography, which he molded to fit the requirements of his own experience; thus, the depiction of a biblical scene was informed by Rembrandt's knowledge of the specific text, his assimilation of classical composition, and his observations of Amsterdam's Jewish population. Because of his empathy for the human condition, he has been called "one of the great prophets of civilization. More on Rembrandt

Simeon was the "just and devout" man of Jerusalem who, according to Luke 2:25–35, met Mary, Joseph, and Jesus as they entered the Temple to fulfill the requirements of the Law of Moses on the 40th day from Jesus' birth at the presentation of Jesus at the Temple. 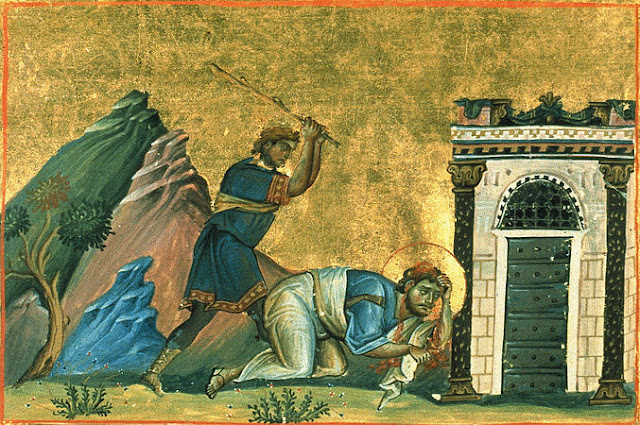 St. Epiphanius says that when the Jews massacred St. James the Lesser, his brother Simeon upbraided them for their cruelty. The apostles and disciples afterwards met together to appoint a successor to James as bishop of Jerusalem, and they unanimously chose Simeon, who had probably assisted his brother in the government of that church.

In the year 66 civil war broke out in Palestine, as a consequence of Jewish opposition to the Romans. The Christians in Jerusalem were warned of the impending destruction of the city and appear to have been divinely ordered to leave it. 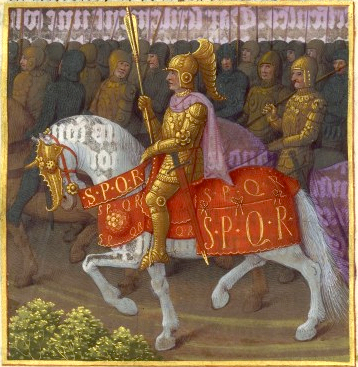 Accordingly that same year, before Vespasian entered Judaea, they retired with St. Simeon at their head to the other side of the Jordan, occupying a small city called Pella. After the capture and burning of Jerusalem, the Christians returned and settled among the ruins until the Emperor Hadrian afterwards entirely razed it. We are told by St. Epiphanius and by Eusebius that the church here flourished greatly, and that many Jews were converted by the miracles wrought by the saints. 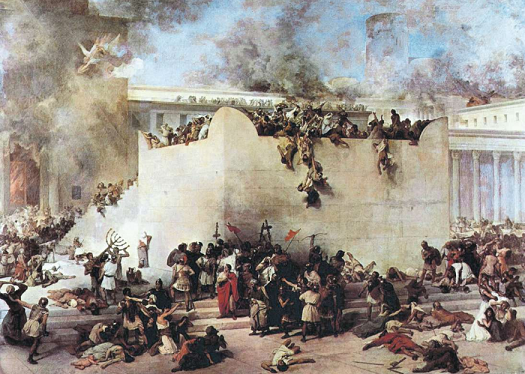 Hayez came from a relatively poor family from Venice. He was brought up by his mother's sister, who had married a well-off shipowner and collector of art. From childhood he showed a predisposition for drawing, so his uncle apprenticed him to an art restorer. Later he became a student of the painter Francesco Maggiotto with whom he continued his studies for three years. He was admitted to the painting course of the New Academy of Fine Arts in 1806. In 1809 he won a competition from the Academy of Venice for one year of study at the Accademia di San Luca in Rome. He remained in Rome until 1814, then moved to Naples where he was commissioned by Joachim Murat to paint a major work depicting Ulysses at the court of Alcinous. In the mid-1830s he attended the "Salotto Maffei" salon in Milan.

Francesco Hayez lived long and was prolific. His output spanned both historic paintings, and Neoclassic style grand themes, either from biblical or classical literature. He also painted scenes from theatrical presentations of his day.  More Francesco Hayez

When Vespasian and Domitian had ordered the destruction of all who were of the race of David, St. Simeon had escaped their search; but when Trajan gave a similar injunction, he was denounced as being not only one of David's descendants but also a Christian, and he was brought before Atticus, the Roman governor. 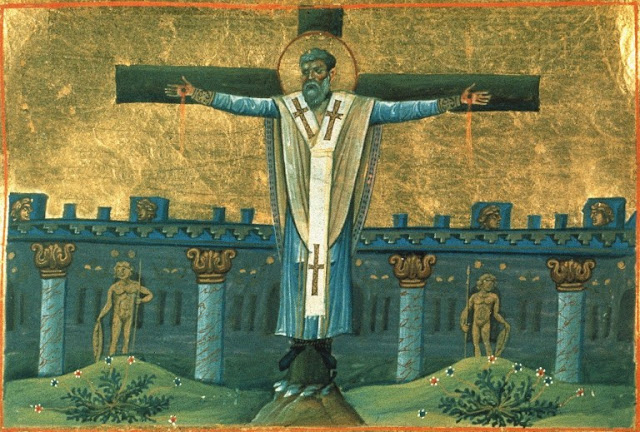 St. Simeon  was condemned to death and, after being tortured, was crucified. Although he was extremely old - tradition reports him to have attained the age of 120 - Simeon endured his sufferings with a degree of fortitude which roused the admiration of Atticus himself. More on Simeon of Jerusalem

Please note that the content of this post primarily consists of articles available from Wikipedia or other free sources online.
at April 27, 2020