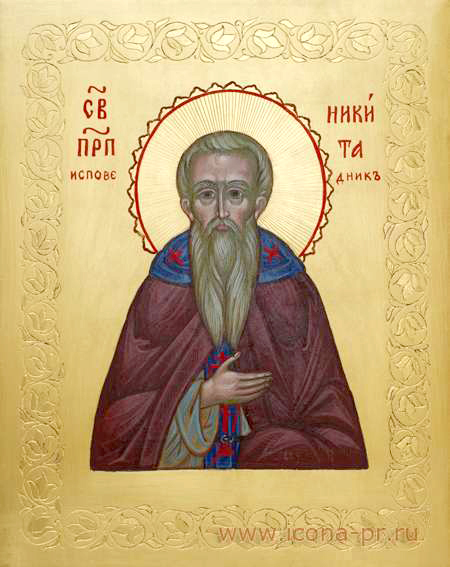 Saint Nicetas of Medikion, or Nicetas the Confessor, who is commemorated on 28 May, was a monk who opposed iconoclasm.

Nicetas was born in Bithynian Caesarea of a pious family. His mother died eight days after his birth, and his father Philaretos became a monk. The child was raised by his grandmother. From his youth Nicetas attended church and was a disciple of the hermit Stephen. 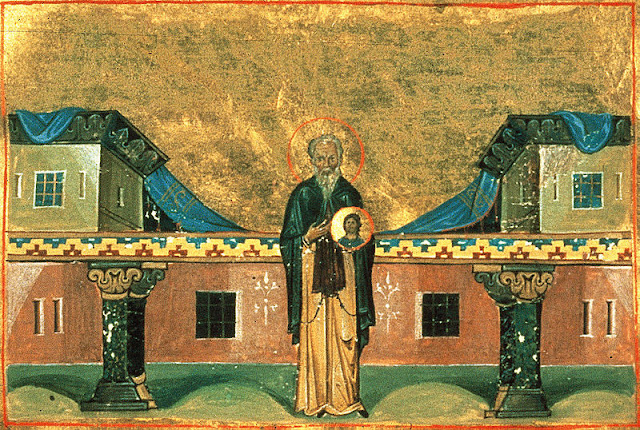 
At a relatively young age Nicetas joined the Medikion monastery where Nicephorus was the hegoumenos (similar to abbot). When Nicephorus died, Nicetas was chosen hegoumenos by the monks. His piety drew many others to join and follow him at the monastery. 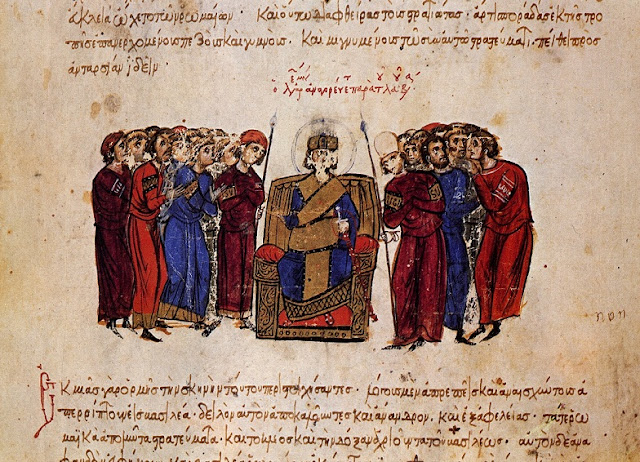 Twice he was imprisoned for taking stands against the heresy of Iconoclasm. His courageous opposition to the iconoclasts resulted in his exile, at the beginning of the 9th century, during the reign of Leo V the Armenian in Byzantium.

The Chludov Psalter
Showing the destruction of icons in the Byzantine church
State Historical Museum, Moscow

Upon the death of the Emperor Leo, Nicetas was released, but rather than return to Medikion retreating to an austere life in a monastery near Constantinople, where he died in 824. His remains were brought back to the monastery of Medikion. More on Nicetas the Confessor

In his Canon, written by the Constantinopolitan hieromonk, Saint Joseph the Hymnographer, the life led by Saint Nicetas was described as ascetic, God–pleasing, and full of charity. He is mentioned as a wonderworker, with the gift of healing.

Please visit my other blogs: Art Collector, Mythology, Marine Art, Portrait of a Lady, The Orientalist, Art of the Nude and The Canals of Venice, Middle East Artists, and 365 Saints, also visit my Boards on Pinterest
Images are copyright of their respective owners, assignees or others. Some Images may be subject to copyright
I don't own any of these images - credit is always given when due unless it is unknown to me. if I post your images without your permission, please tell me.
I do not sell art, art prints, framed posters or reproductions. Ads are shown only to compensate the hosting expenses.
If you enjoyed this post, please share with friends and family.
Thank you for visiting my blog and also for liking its posts and pages.
Please note that the content of this post primarily consists of articles available from Wikipedia or other free sources online.