Theodosius the Cenobiarch (c. 423–529 AD) was a monk, abbot, and saint who was a founder and organizer of the cenobitic way of monastic life. Cenobitical refers to the monks who joined Saint Theodosius’ community.   These monks, of many nationalities, devoted themselves to the Lord, but did not remain in seclusion.  Rather, they socialized and interacted with the outside world, which was a new approach to monasticism at that time!

Theodosius set out for Jerusalem  in 451, where he decided it would be best to obtain discipline for himself before he settled in solitude. During this time there lived a wealthy and pious woman who built a church and dedicated it to the Theotokos (Virgin Mary). She requested that Theodosius settle in that place to which he agreed. After some time Theodosius had many visitors and pilgrims who distracted and deprived him of his solitude. 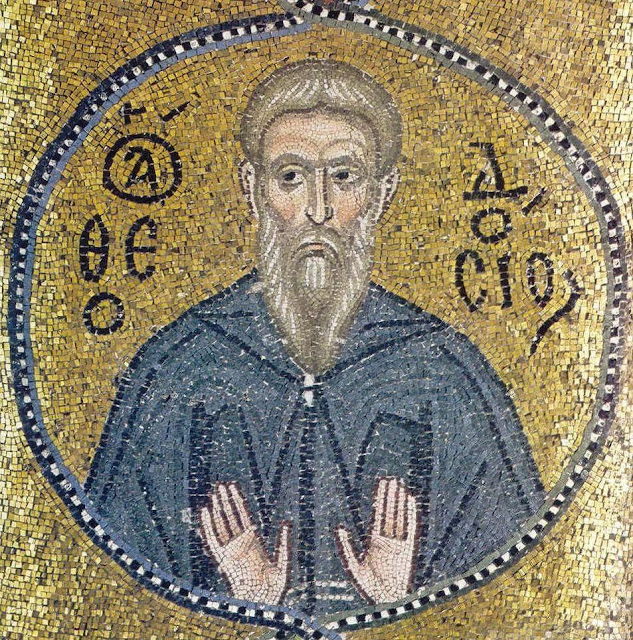 Eventually Theodosius  left so that he might better dedicate himself to God. He settled on the peak of the mountain and lived in same cave the three Magi spent the night after they had worshiped the Lord.


While dwelling in the cave Theodosius performed great feats of asceticism. He prayed at all times and he even suspended a rope that it might prop him up in case sleep overcame him, and thus he stood through the night in prayer. He remembered never to satisfy his hunger, but ate only enough so that he would not fall ill. He never tasted bread for thirty years. 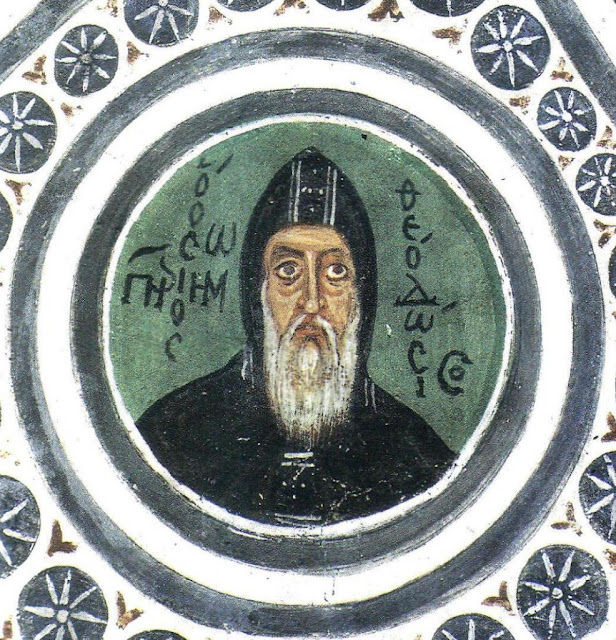 Theodosius formed a small community of monks near Bethlehem, which later became the Monastery of St. Theodosius. The community grew rapidly, with monks of several cultures and languages, and became known for its work with the sick, elderly, and mentally impaired. Theodosius was made the leader of all those monks who lived in community. This is the origin of his being called "the Cenobiarch", which translates as chief of those living a life in common.

In poor health in his old age, he was stricken with a condition that made his skin dry as stone. However, he continued to work until his health gave out, and spent the rest of his time praying for his community. He died at the age of 105. More on Theodosius 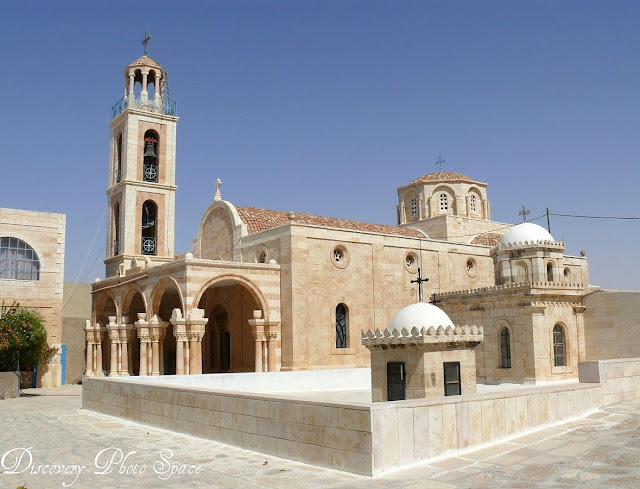 Please visit my other blogs: Art Collector, Mythology, Marine Art, Portrait of a Lady, The Orientalist, and The Canals of Venice, And visit my Boards on Pinterest