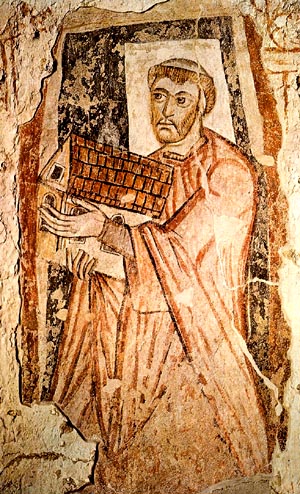 Saint Benedict Biscop, also called Benet Biscop, orBiscop Baducing, (born c. 628, Northumbria, Eng.—died Jan. 12, 689/690, Wearmouth, Northumbria; founder and first abbot of the twin monasteries of SS. Peter (at Wearmouth) and Paul (at Jarrow on Tyne); he is considered to be the father of Benedictine monasticism in England. 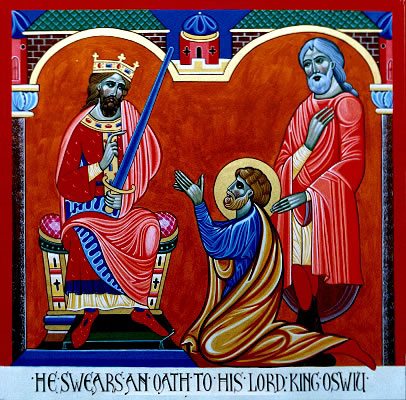 Of noble birth, he was a thane of King Oswiu before renouncing (653) a worldly life. In that year he went to Rome, and after a second Roman journey, he became a monk at Lérins, Fr. (666–667), where he took the name of Benedict. 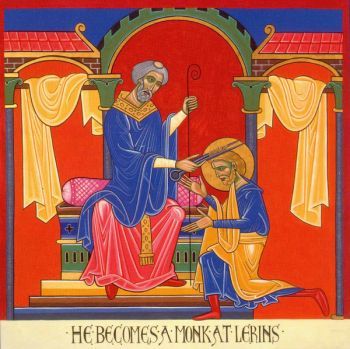 Once more in Rome, he conducted (668–669) St. Theodore of Tarsus, who had just been consecrated archbishop of Canterbury, to England. In 669 Benedict was appointed abbot of SS. Peter and Paul, Canterbury, Kent. He made a fourth journey to Rome in 671 to receive instructions in monastic practices, and in 674 he built on land granted to him by King Ecgfrith of Northumbria the monastery of St. Peter at Wearmouth, where he introduced the Benedictine Rule. Benedict went to Rome c. 678, returning with an instructor in ecclesiastical music. In 682 he built the sister foundation of St. Paul at Jarrow, returning in 687 to Rome.

These repeated Roman visits enabled him to make a splendid collection of manuscripts, relics, and pictures with which he endowed his monasteries.

From the monastic foundations laid by Benedict came a tradition of learning and artistic achievement that influenced the whole of northwestern Europe. Crippled c. 686, he remained bedridden until his death. His relics reportedly were translated in 970 to the abbey of Thorney, Isle of Ely. More Saint Benedict Biscop 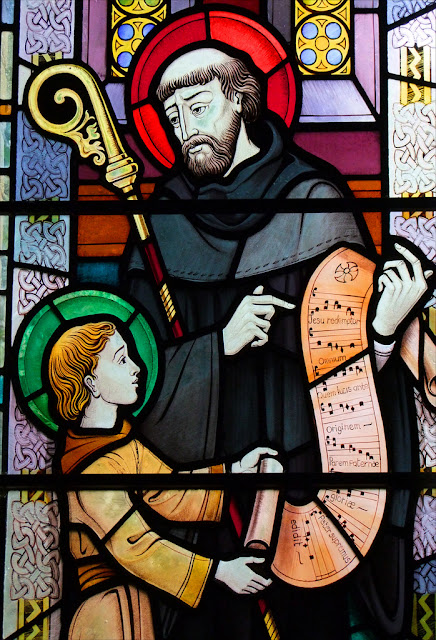 
The Venerable Bede (673 AD - 735 AD) Bede was probably born in Monkton, Durham. Nothing is known of his family background. At the age of seven he was entrusted to the care of Benedict Biscop, who is 674 AD had founded the monastery of St Peter at Wearmouth. In 682 AD, Bede moved the monastery at Jarrow, where he spent the rest of his life. By the age of 19 he had become a deacon and was promoted to priest at 30.

His scholarship covered a huge range of subjects, including commentaries on the bible, observations of nature, music and poetry. His most famous work, which is a key source for the understanding of early British history and the arrival of Christianity, is 'Historia Ecclesiastica Gentis Anglorum' or 'The Ecclesiastical History of the English People' which was completed in 731 AD. It is the first work of history in which the AD system of dating is used.

Bede died in his cell at the monastery in May 735 AD. More on The Venerable Bede