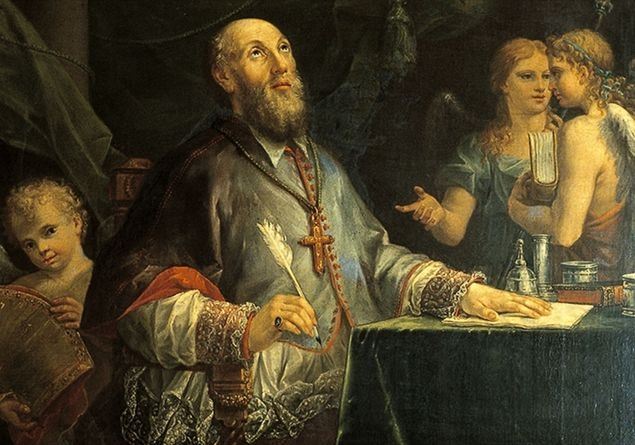 ST. FRANCIS DE SALES, THE BISHOP WHO "CONVERTED" THE CALVINISTS 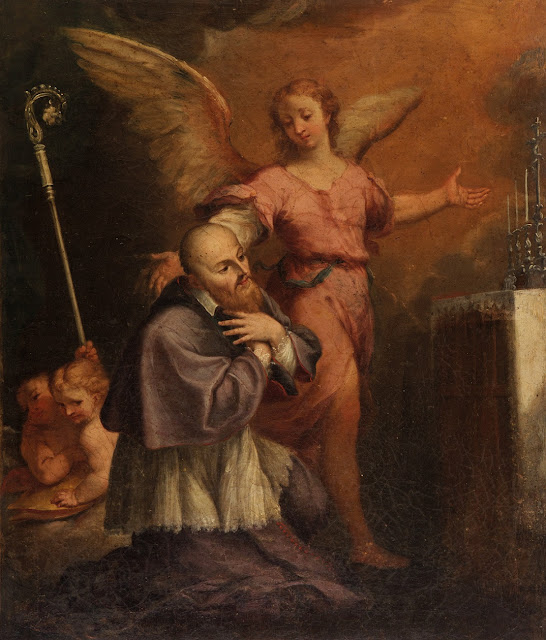 Carlo Maratta or Maratti (13 May 1625 – 15 December 1713) was an Italian painter, active mostly in Rome, and known principally for his classicizing paintings executed in a Late Baroque Classical manner. Although he is part of the classical tradition stemming from Raphael, he was not exempt from the influence of Baroque painting and particularly in his use of colour.

Pope Alexander VII commissioned many paintings from him including The Visitation (1656) for Santa Maria della Pace and the Nativity in the gallery of the Quirinal Palace. His pictures of the late 1650s exhibit light and movement derived from Roman Baroque painting, combined with classical idealism.

After the death of Bernini in 1680, he became the leading artist in Rome. In 1664, Maratta became the director of the Accademia di San Luca and, concerned with elevating the status of artists, promoted the study and drawing of the art of Classical Antiquity. More on Carlo Maratti

Most widely known is the saint's Introduction to the Devout Life, which, with the Imitation of Christ, is rightly considered the finest outline of Christian perfection. A friendship existed between him and St. Frances de Chantal. In cooperation with her he founded the Visitation Nuns in 1610. 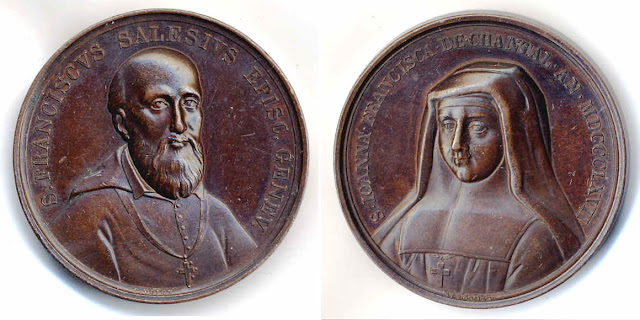 Francis refused opportunities for advancement, including the cardinalate. In recognition of the Introduction and his other writings, Francis has been declared a doctor of the Church.

St. Francis developed a sign language in order to teach a deaf man about God. Because of this, he is the patron saint of the deaf. 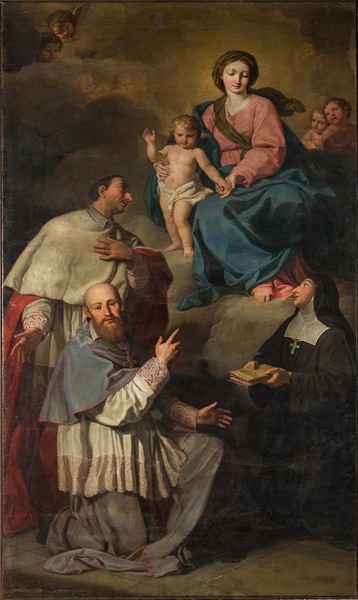 
On December 1622 de Sales was required to travel in the entourage of Charles Emmanuel I, Duke of Savoy, for the Duke's Christmas tour of his domain. Upon arrival in Lyon, he chose to stay in the gardener's hut at the Visitandine monastery in that city. While there he suffered a stroke, from which he died on 28 December 1622. More on St. Francis de Sales

Symbols: Bald man with a long beard wearing a bishop's robes holding a book; heart pierced with thorns or picture of the Virgin.

Thank you for visiting my blog and also for liking its posts and pages.
at January 30, 2019