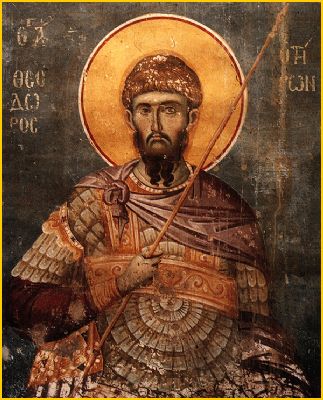 Theodore Stratelates, also known as Theodore of Heraclea, is a martyr and Warrior Saint venerated with the title Great-martyr in the Eastern Orthodox Church, Eastern Catholic and Roman Catholic Churches and Oriental Orthodox Churches . 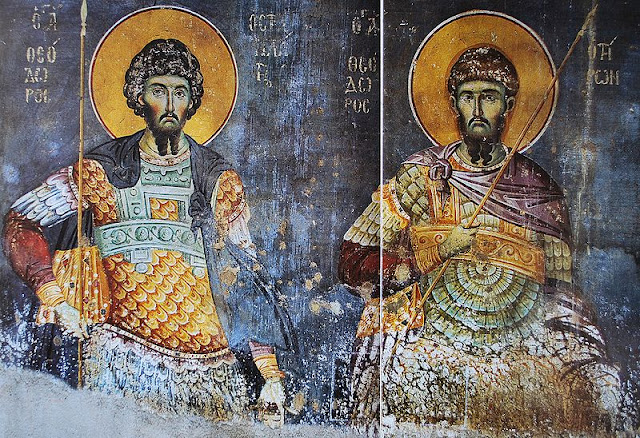 Manuel Panselinos
Theodore Stratilat and Theodore Tyron, between 1290 and 1310
Fresco

Manuel Panselinos or Panselenos was a Byzantine painter, from Saloniki,  of the late thirteenth and early fourteenth century, one of the most important late Byzantine artists , and one of the main creators of the religious iconography of Eastern Christianity . It is considered the summit of the Macedonian school , sometimes called the school of Panselinos (1290-1320).

The first mention of his name is in an 18th-century manual of painters by Dionysius of Fourna, who does not provide his dates or mention specific works. It is unclear to this day whether there was actually a painter by this name, since contemporary sources do not mention him. More on Manuel Panselinos or Panselenos 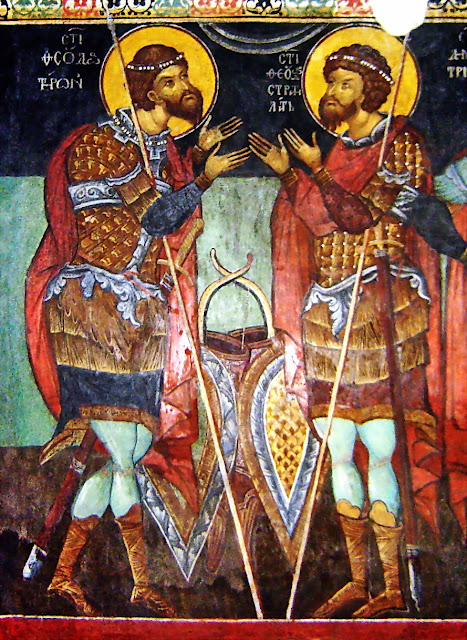 There is much confusion between him and St. Theodore of Amasea, Tyro, and they were in fact probably the same person, whose legends later diverged into two separate traditions. 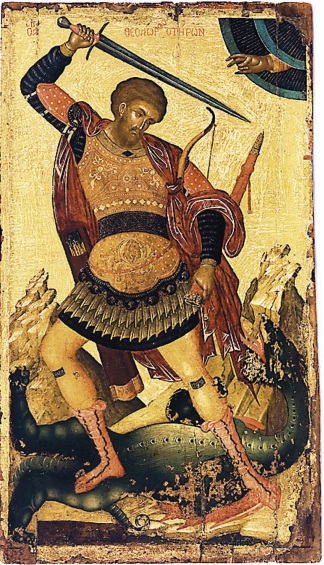 Theodore came from the city of Euchaita in Asia Minor. He killed a giant serpent living on a precipice in the outskirts of Euchaita. The serpent had terrored the countryside. According to some of the legends, because of his bravery, Theodore was appointed military-commander (stratelates) in the city of Heraclea Pontica, during the time the emperor Licinius (307–324) began a fierce persecution of Christians. 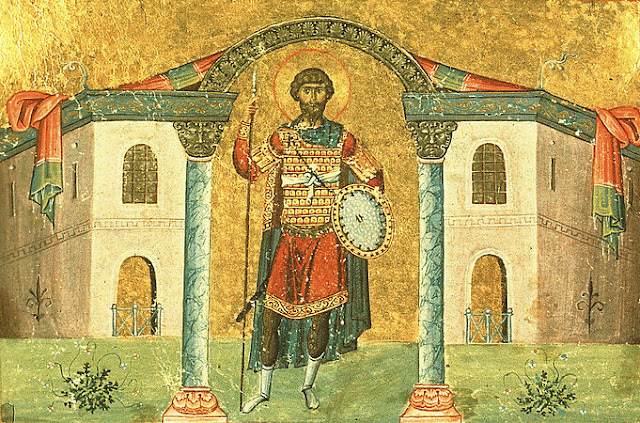 Theodore himself invited Licinius to Heraclea, having promised to offer a sacrifice to the pagan gods. He requested that all the gold and silver statues of the gods which they had in Heraclea be gathered up at his house. Theodore then smashed them into pieces which he then distributed to the poor.

Theodore was arrested and subjected to torture and crucified. In the morning the imperial soldiers found him alive and unharmed. The torturers, in order to reprimand his purity, tied him up and laid him on the same bed with the harlot. Excited by her shameless kissing, he extinguished the fire of passion by biting his tongue. Not wanting to flee a martyr's death, Theodore voluntarily gave himself over again into the hands of Licinius, and was beheaded by the sword. More on Theodore Stratelates 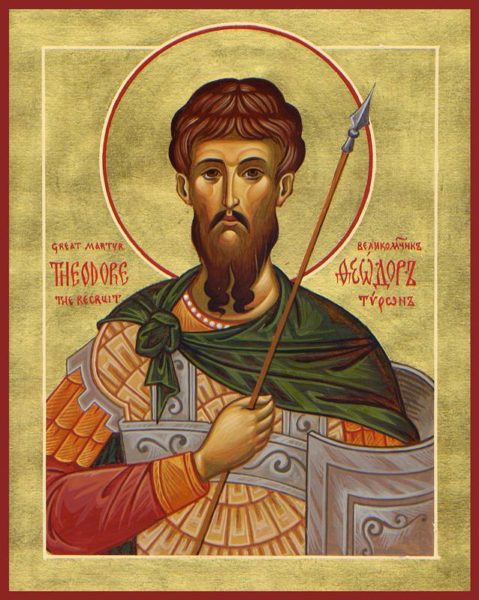 
Since then, Fr. Paul has fulfilled many commissions for both churches and individuals, and his work can be seen coast to coast. More on Protodeacon Paul Drozdowski

Please note that the content of this post primarily consists of articles available from Wikipedia or other free sources online.
at February 07, 2019