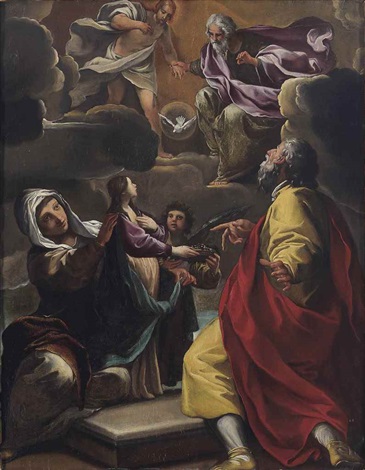 Dorothea of Caesarea  (died ca. 311) is a 4th-century virgin martyr who was executed at Caesarea Mazaca. Evidence for her actual historical existence or acta is very sparse. She is called a martyr of the Diocletianic Persecution, although her death occurred after the resignation of Diocletian himself. 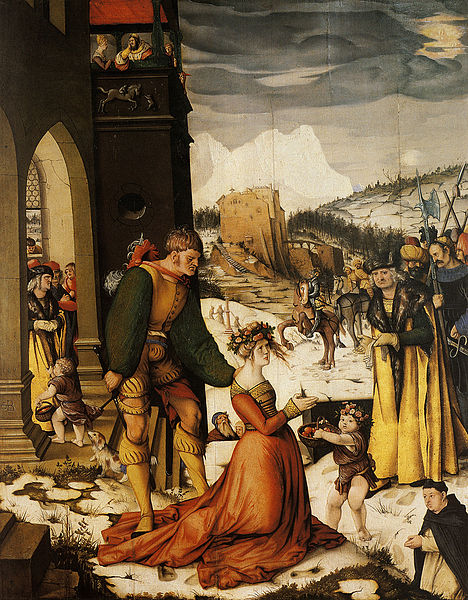 Hans Baldung Grien or Grün (c. 1484 – September 1545) was a German artist in painting and printmaking who was considered the most gifted student of Albrecht Dürer. Throughout his lifetime, Baldung developed a distinctive style, full of color, expression and imagination. His talents were varied, and he produced a great and extensive variety of work including portraits, woodcuts, altarpieces, drawings, tapestries, allegories and mythological motifs.

Beginning in 1503, Baldung was an apprentice for the most well renowned German artist of the day: Albrecht Dürer. In 1509, when Baldung’s apprenticeship was complete, he moved back to Strasbourg, opened a workshop, and began signing his works with the HGB monogram that he used for the rest of his career. His style also became much more deliberately individual, a tendency some art historians have termed "mannerist." 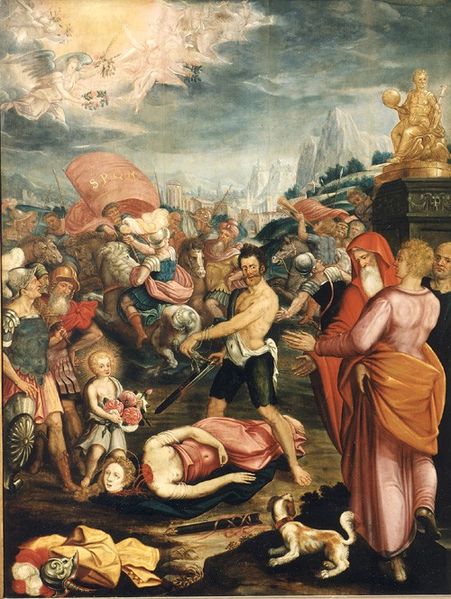 He was born and died in Leuven. It is not clear with whom he trained. It is not known whether he visited Italy although his work is clearly influenced by Italian art. He was mainly active in the Leuven region and that is why most of his works are still found in that area.
Van der Baren was an active participant in Leuven’s rhetorician circles, which were responsible for the production of theatre performances. Many Flemish artists such as Michiel Coxie and Frans Floris painted in a Italianizing style and van der Baren’s work was clearly influenced by this movement.

The St Ivo Triptych was commissioned by the law faculty of the Old University of Leuven. The central panel depicts Ivo of Kermartin as the advocate of the poor who gives alms. More on Josse van der Baren

She was brought before the prefect Sapricius, tried, tortured, and sentenced to death. On her way to the place of execution the pagan lawyer Theophilus said to her in mockery: "Bride of Christ, send me some fruits from your bridegroom's garden." Before she was executed, she sent him, by a six-year-old boy, her headdress which was found to be filled with a heavenly fragrance of roses and fruits. Theophilus at once confessed himself a Christian, was put on the rack, and suffered death. This is the oldest version of the legend, which was later variously enlarged. More on Dorothea of Caesarea 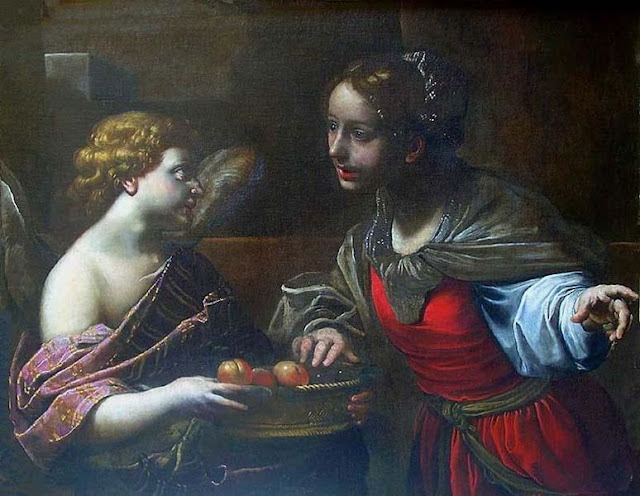 
Alessandro Tiarini (20 March 1577 – 8 February 1668) was an Italian Baroque painter of the Bolognese School. He was born in Bologna. He was the godson of painter Lavinia Fontana and initially apprenticed in Bologna under her father Prospero Fontana, and subsequently with Bartolomeo Cesi. He was not inducted into the Carracci Academy. Forced to flee from Bologna, due to what Malvasia and Amorini describe as a quarrel leading to the death of the other party, he moved to Florence, where he painted frescoes, façade decorations, and altarpieces (1599–1606). In Florence, he mainly worked under Domenico Passignano, but also Bernardino Poccetti and Jacopo da Empoli.

He was lured back to Bologna and Reggio Emilia, by Ludovico Carracci. Tiarini died in Bologna. His closest pupils were Francesco Carbone and Luca Barbieri. More on Alessandro Tiarini