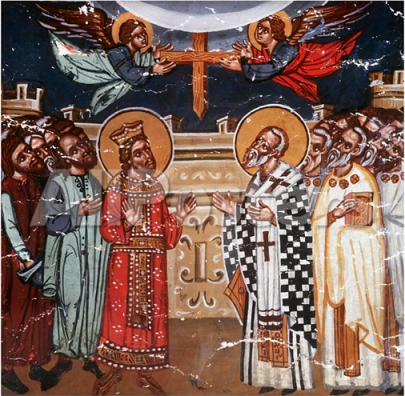 The early life of Patr. Zacharias is unknown. He was elected patriarch in 609. During the reign of the Roman emperor Heraclius. The Persian King Chozroes invaded Jerusalem in 614, pillaged the city, and withdrew with the Life-Creating Cross of Christ and many Christian prisoners who were held in bondage, including Patr. Zacharias. Of the captured Christians as many as 90,000 perished.

Piero della Francesca (c. 1415 – 12 October 1492), originally named Piero di Benedetto, was an Italian painter of the Early Renaissance. To contemporaries he was also known as a mathematician and geometer. Nowadays Piero della Francesca is chiefly appreciated for his art. His painting is characterized by its serene humanism, its use of geometric forms and perspective. His most famous work is the cycle of frescoes The History of the True Cross in the church of San Francesco in the Tuscan town of Arezzo.

He was probably apprenticed to the local painter Antonio di Giovanni d'Anghiari. He certainly took notice of the work of some of the Sienese artists active in San Sepolcro during his youth. In 1439 Piero received, together with Domenico Veneziano, payments for his work on frescoes for the church of Sant'Egidio in Florence, now lost.

Piero returned to his hometown in 1442. Three years later, he received his first commission, to paint the Madonna della Misericordia altarpiece for the church of the Misericordia in Sansepolcro. In 1449 he executed several frescoes in the Castello Estense and the church of Sant'Andrea of Ferrara, now also lost. His influence was particularly strong in the later Ferrarese allegorical works of Cosimo Tura.


In his later years, painters such as Perugino and Luca Signorelli frequently visited his workshop. More on Piero della Francesca 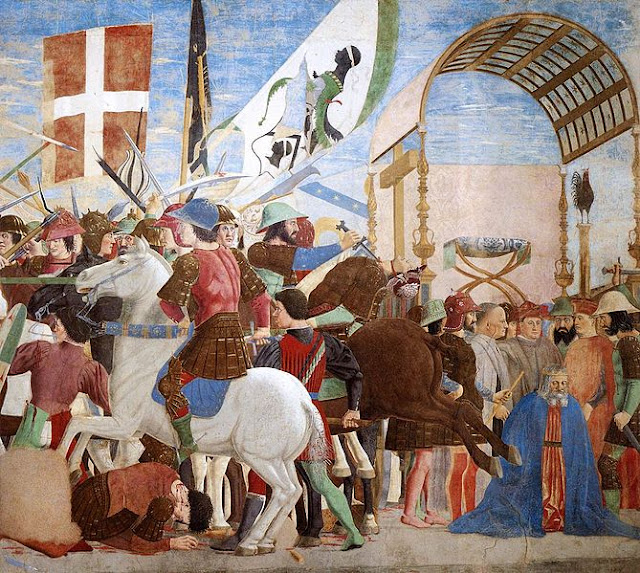 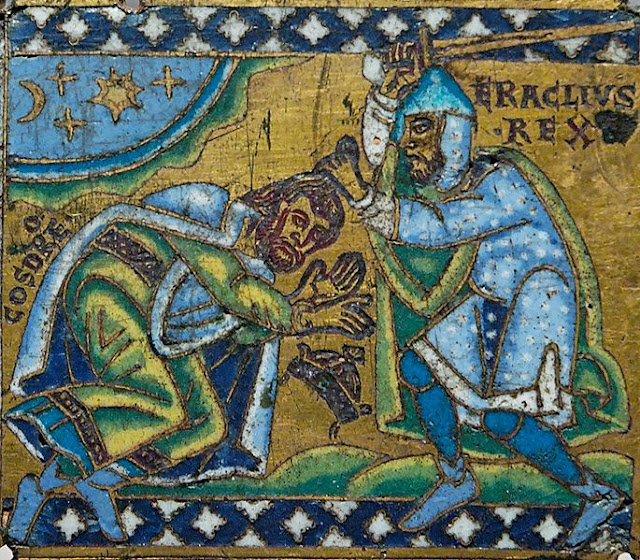 In 627, after rebuilding his army, Heraclius moved into Persia. Winning a decisive victory at Ninveh, Heraclius defeated Chozroes and compelled the Persian king to return the Life-Creating Cross and the surviving captives, including Patriarch Zacharias. Emperor Heraclius himself carried the Cross on his shoulders into the Holy City. 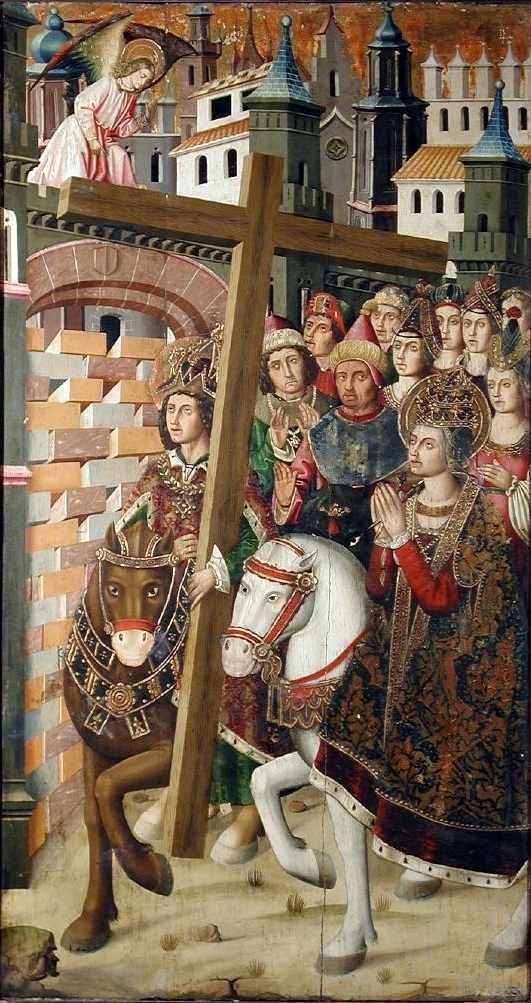 Miguel Ximénez, (Pareja -Guadalajara-, 15th century) was a Spanish Gothic painter. Miguel was documented in Saragossa between 1462 and 1505). He was appointed by Ferdinand II of Aragon's court painter on 11 May 1484 and is known to have influenced Bartolomé Bermejo's work. Also there are similarities between his work and Martín Bernat's. His son Juan Ximénez assisted him. More on Miguel Ximénez

Patriarch Zacharias and the Precious Cross had been held in bondage for fourteen years. During that time many miracles occurred in Persia as a result of the Precious Cross, so that even the Persians said: "The Christian God came to Persia."

Patriarch Zacharias spent his remaining days in peace and reposed in the Lord in 632. More on Saint Zachariah