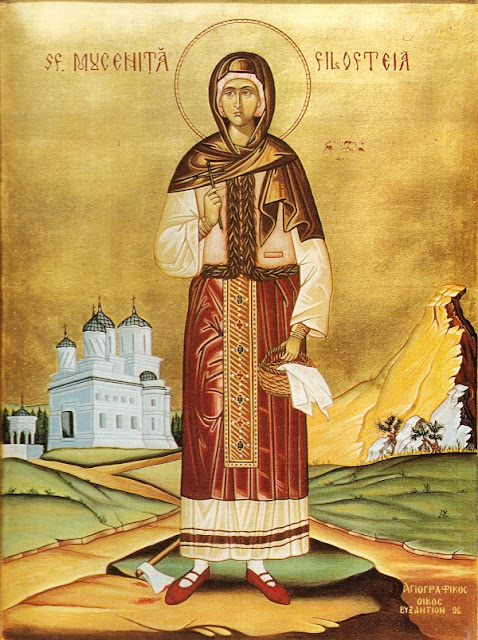 
The Venerable Mother Philothea of Athens (1589) was born to the prominent Venizelou family, miraculously answering her mother's prayer of many years. Though even in childhood she showed a love for ascesis and prayer, she was much sought-after as a wealthy heiress, and was married at the age of twelve to a rough, violent man. She endured his ill-treatment nobly, and prayed daily for his conversion. After three years, the brutal husband died, and Philothea gave herself entirely to a life of prayer and fasting, living like a hermitess though still in her parents' house.
When her parents died ten years later, she used her entire fortune to found a convent. Its design had been given her in a vision by the Apostle Andrew, and it was dedicated to him. 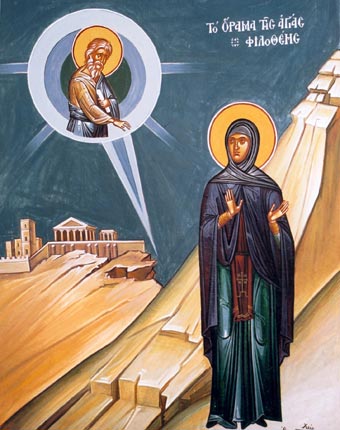 Vision by the Apostle Andrew
Alongside the monastery, she founded a hospital, a hospice for the poor, and schools where boys and girls could receive a Christian education, something obviously not provided by the Turkish rulers. 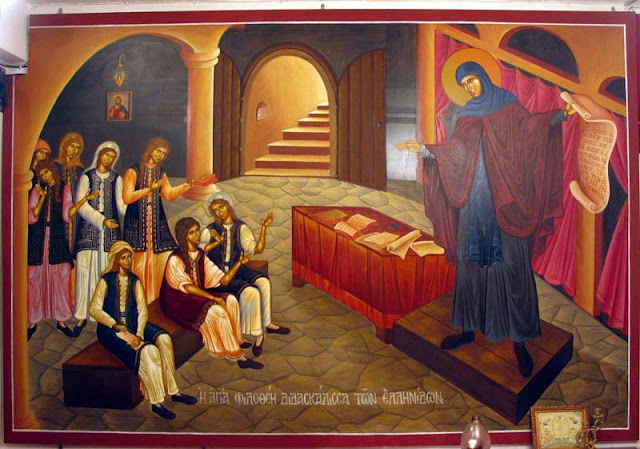 The Lady Schoolmistress of Athens'—St Philothei the Venerable Martyr
As soon as the monastery was begun, she took monastic vows under the name of Philothea, and she, her own maidservants, and many young women of the city, became the first nuns there. Philothea continued in her boundless compassion for the poor and infirm, whom she visited and tended. She was so free in her almsgiving that more than once the monastery was left without food or other necessities of life, and the sisters began to complain about her. But each time, large donations appeared unexpectedly and saved the community from starvation. 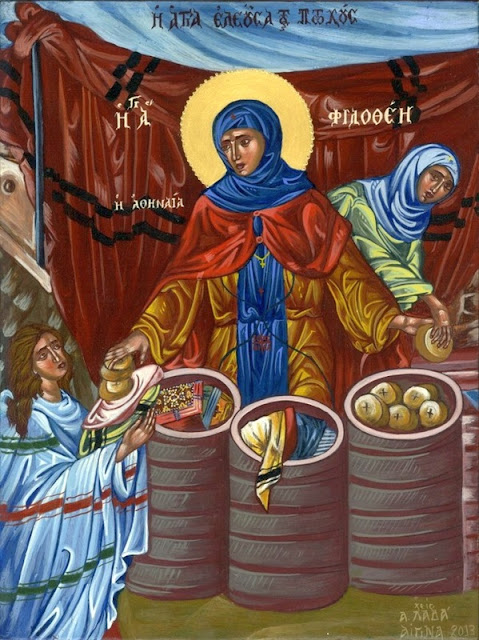 Large donations appeared unexpectedly and saved the community from starvation
Philothea offered asylum and refuge to Christian slave women who had fled their masters to preserve their faith and chastity. This angered the Turks, who surrounded the monastery, seized Philothea, and brought her before the judge. She was told to deny Christ or die, and when she refused was sentenced to death; but some influential Athenian Greeks were able to intervene on her behalf and to obtain her release.


Immediately upon her release she redoubled her prayers, her apostolic labors and her works of mercy, and was soon granted the gift of working miracles and healings. So many disciples came to join her that she established a second monastery. 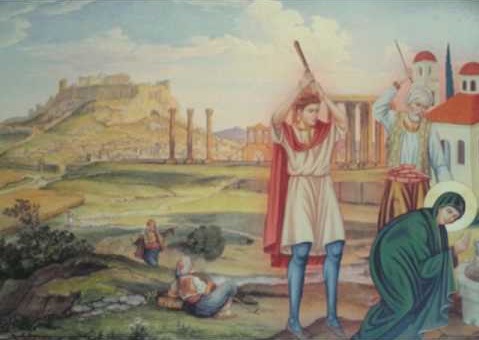 Her growing influence aroused the hatred of some of the Turks, who broke into the monastery one night and beat her violently, leaving her half-dead. She bore the effects of her injuries patiently, and after a short time gave back her soul to God in 1589. 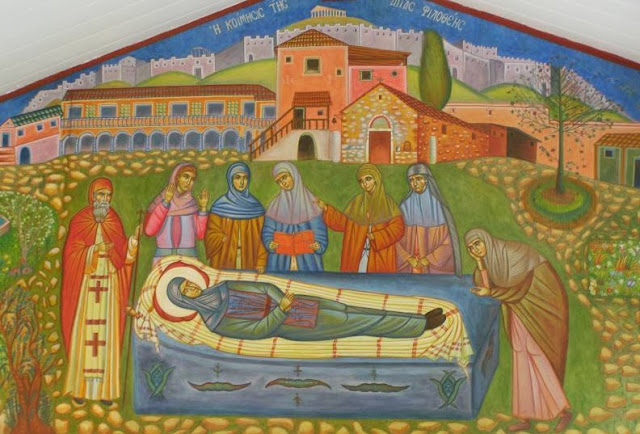 Mother Philothea gave back her soul to God in 1589

Twenty years after her repose, a beautiful scent began to issue from her tomb. Her precious relics, venerated at the Cathedral in Athens, remain incorrupt to this day. 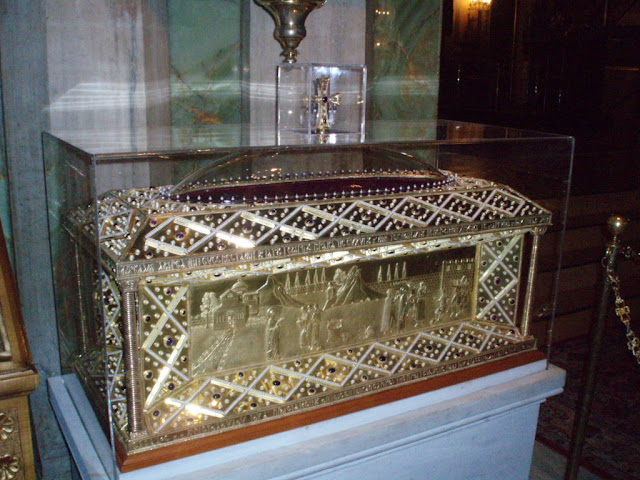 Her relics are venerated at the Cathedral in Athens

Please note that the content of this post primarily consists of articles available from Wikipedia or other free sources online.
at February 20, 2020