Andrea Mantegna ( c. 1431 – September 13, 1506) was an Italian painter, a student of Roman archeology, and son-in-law of Jacopo Bellini. Like other artists of the time, Mantegna experimented with perspective, e.g. by lowering the horizon in order to create a sense of greater monumentality. His flinty, metallic landscapes and somewhat stony figures give evidence of a fundamentally sculptural approach to painting. He also led a workshop that was the leading producer of prints in Venice before 1500. More on Andrea Mantegna

The Holy Martyr Euthalia was from Sicily, and she had a mother who also was named Euthalia who suffered from a flow of blood. One night the mother beheld the three Holy Martyrs Alphius, Philadelphos and Cyprinus in a dream, who said to her: "If you believe in Christ and are baptized, surely you will be healed and saved. If, however, you will not believe, depart far from us." Euthalia woke up, and was persuaded by the words of the Holy Martyrs. Therefore she believed in Christ, and was baptized. Straightway, Euthalia was restored from her affliction of hemorrhaging. Her daughter Euthalia, upon witnessing the miracle, also believed in Christ and was baptized. 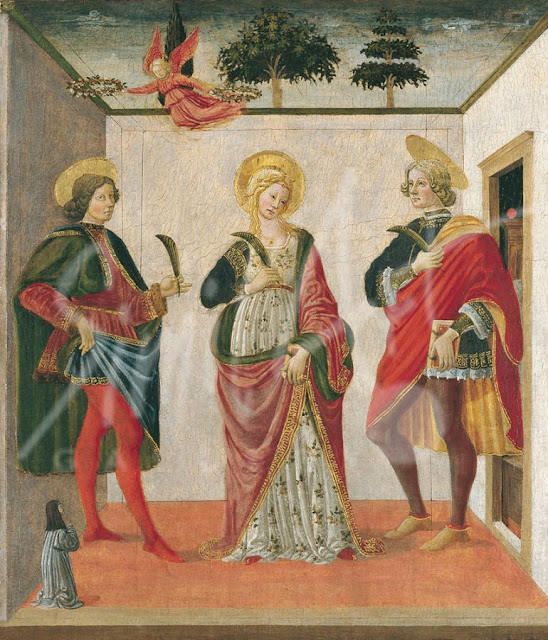 Francesco Botticini, (1446  - Death: 1498), was born Francesco di Giovanni Botticini. His father painted playing cards as an artisan, influencing his son to work independently after his brief training. His studies were under Neri di Bicci and Botticini also studied under another of Bicci’s pupils, Cosimo Rosselli (1439 – 1507) and Andrea del Verrocchio (1435 – 1488). His 1470 piece.

As exampled by his works in the cloistered church in Empoli, Botticini painted in a highly decorative style. Operating his own workshop by 1469, his decorative style was praised much, but still overshadowed by contemporaries such as Filippo Lippi (1457 – 1504) and Sandro Botticelli (1444 – 1510). More on Francesco Botticini

Saints Alphius, Philadelphus and Cyrinus, martyrs in the Byzantine traditions of southern Italy, were three brothers from Vaste, in the diocese of Otranto, who died with their mother, Benedicta, during the persecution of Decius, ca 251 AD. The details concerning these martyrdoms are traditional, drawn up at a later date in the Benedictine Acta of Saint Alphius. More on Saints Alphius, Philadelphus and Cyrinus 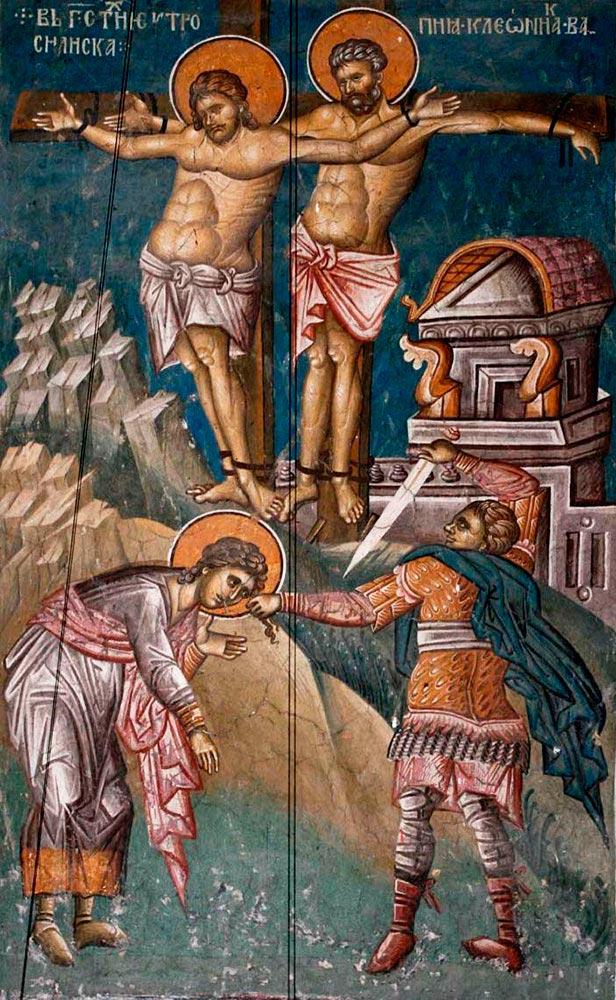 Euthalia had a son whose name was Sermilianus, and upon learning of her conversion to Christianity, he grabbed her and attempted to strangle her. With the help of her servants, however, she was delivered from his hands and he fled. For this her daughter Euthalia strongly rebuked her brother, because he attempted to kill his mother. But he responded to her: "Perhaps you are also a Christian?" The Saint replied: "Yes, I am a Christian, and I am eagerly prepared to die for Christ." 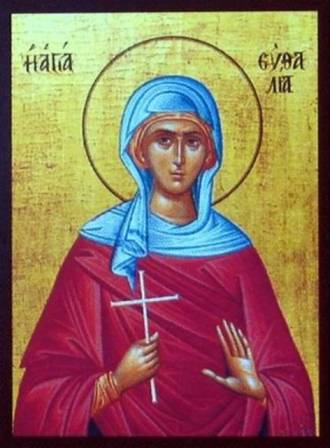 At this response, her abominable and accursed brother removed her clothing and harshly beat her, then he delivered her to one of his servants to dishonor her. But the Saint prayed, and the servant became blind. When her brother saw this, he rose up like a second Cain, and he struck off the holy head of his sister, and so the blessed one received the crown of martyrdom. More on Euthalia 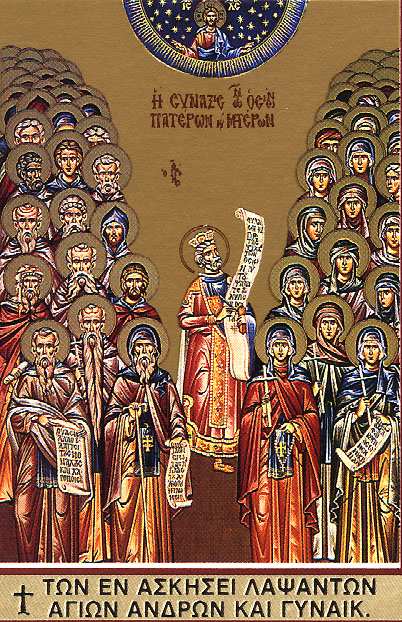 Lives of all saints commemorated on March 2

Please note that the content of this post primarily consists of articles available from Wikipedia or other free sources online.
at March 02, 2020