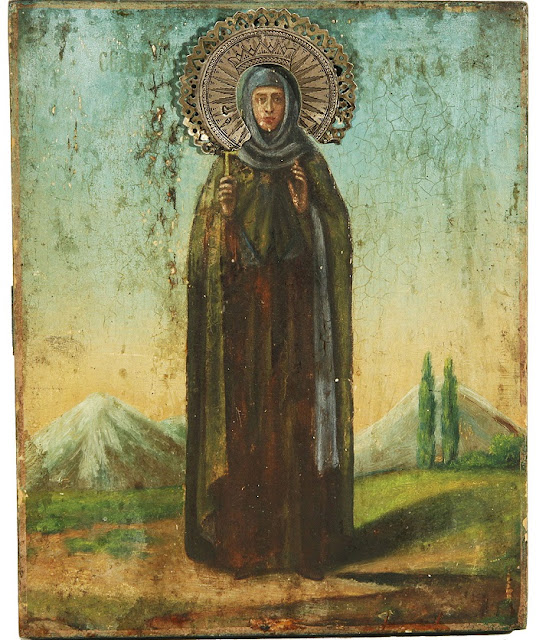 Eudokia was a Samarian woman who lived in Heliopolis of Phoenicia (present day Baalbek, Lebanon).

Eudokia was very beautiful, and garnered her wealth by attracting wealthy lovers. She learned about Christianity from a monk by the name of Germanus. According to legend, Eudokia asked him if she, too, could be saved from Judgment. Germanos instructed her to remain alone in her chamber for one week, fasting and praying. Eudokia followed his instructions, and at the end of the week, Germanus told her to give away her wealth and to put her previous life behind her. She was later baptized by Bishop Theodotus of Heliopolis. 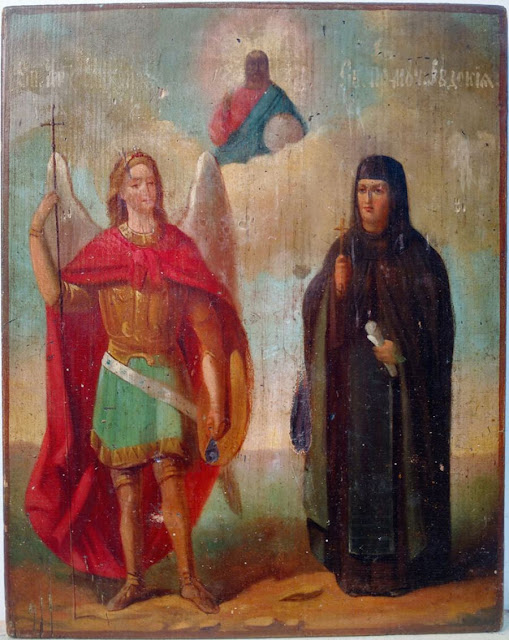 At age 30, Eudokia entered a monastery near Heliopolis, and dispensed much of her wealth in various charitable projects. She rejected all of her suitors, and when one persistent suitor named Philostratos was struck down because of his persistence, Eudokia prayed for him until he recovered. Philostratos then converted to Christianity. 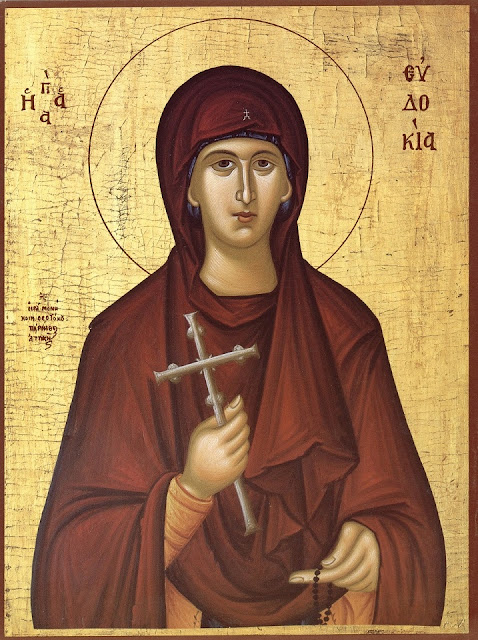 Inhabitants of Heliopolis reported to the governor Aurelian, that Eudokia had taken gold and silver out of the city and concealed it at the monastery. Aurelian sent a detachment of soldiers to confiscate these supposed treasures. For three days the soldiers tried in vain to approach the walls of the monastery, but an invisible power of God guarded it.

Aurelian again sent soldiers to the monastery, this time under the command of his own son. But on the very first day of the journey Aurelian’s son injured his leg and soon died. Then Philostrates counseled Aurelian to write to Mother Eudokia, imploring her to revive the youth. And the Lord, in His infinite mercy, and through the prayers of Saint Eudokia, restored the youth to life. 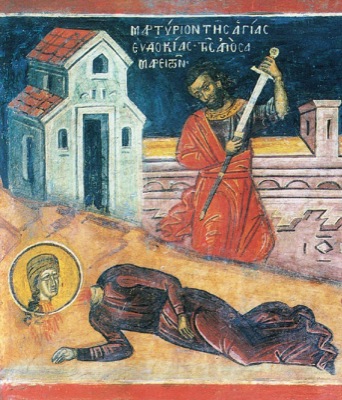 Roman officials were angered by her actions, and had her beheaded on 1 March 107 AD. More on Eudokia