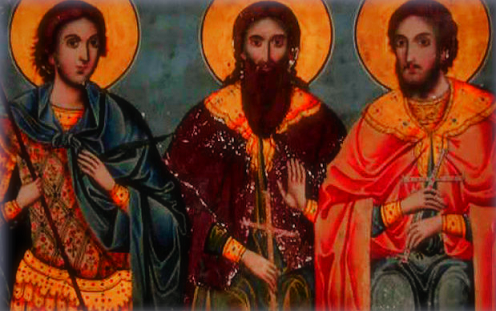 The Holy Martyrs Eutropius, Cleonicus, and Basiliscus, who were from Amasia, were fellow soldiers and kinsmen of Saint Theodore the Tyro. 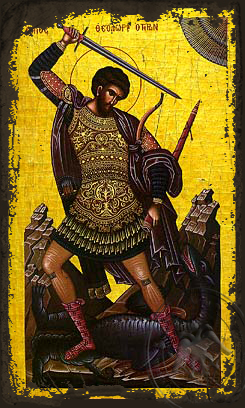 They were betrayed to the Governor Asclepiodotus as Christians, during the reign of Diocletian (284-305). , they were imprisoned, and were not condemned for a long time because of the courage of the imperial governor of the town of Amasea. When a new governor arrived, more inhuman than his predecessor, he ordered these three to be brought before him. All three were young men; Eutropius and Cleonicus were brothers and Basiliscus a kinsman of Theodore's. But all three were, through their brotherly love, as blood-brothers. And they therefore said to the governor: 'As the Holy Trinity is indivisible, so are we indivisible in faith and inseparable in love. `All flattery on the governor's part was in vain, as were all his efforts to bribe Eutropius. He first invited him to dine with him, which Eutropius refused with a quotation from the Psalms: `Blessed is the man that walketh not in the counsels of the ungodly', after which he offered him vast wealth - 150 litres of silver - which Eutropius likewise refused, reminding the governor that Judas lost his soul for silver.


Diocletian, (born 245 CE, Croatia—died 316), Roman emperor (284–305 CE)  restored efficient government to the empire after the near anarchy of the 3rd century. His reorganization of the fiscal, administrative, and military machinery of the empire laid the foundation for the Byzantine Empire in the East and temporarily shored up the decaying empire in the West. His reign is also noted for the last great persecution of the Christians. More on Diocletian 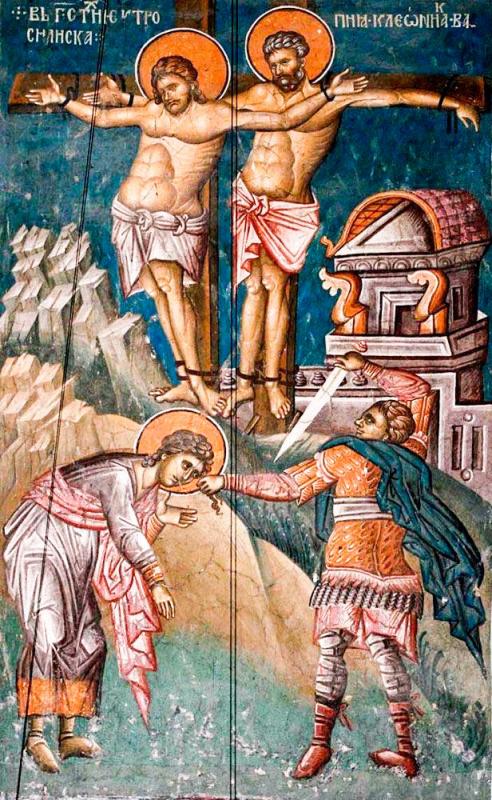 Eutropia and Cleonic received their end by crucifixion on the cross, while Basiliscus was beheaded

After all these attempts, followed by interrogation and torture, the first two were condemned to be crucified, for which they gave thanks to Christ that He had counted them worthy to die the death He had died.

As he was being tortured Saint Eutropius prayed loudly to the Savior, “Grant us, O Lord, to endure these wounds for the sake of the crown of martyrdom, and help us, as You helped Your servant Theodore.” In answer to the saint’s prayer, the Lord Himself appeared to the martyrs with His angels and the holy Great Martyr Theodore the Recruit, saying to them: “Behold, the Savior has come to help you, that you may know life eternal.”

The third, Basiliscus, was not slain together with them, but was shut up in prison, in the hope that with time he might change his mind and sacrifice to the idols. He was beheaded on May 22. More on the Holy Martyr 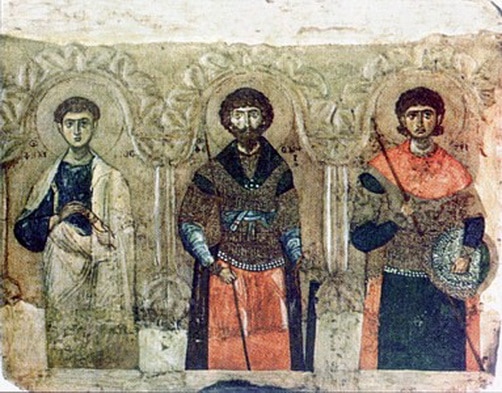 Please note that the content of this post primarily consists of articles available from Wikipedia or other free sources online.
at March 03, 2020