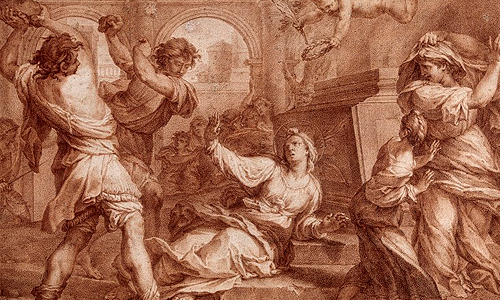 
Saint Emerentiana was a Roman martyr, who lived around the start of the 4th century. Her feast day is January 23. 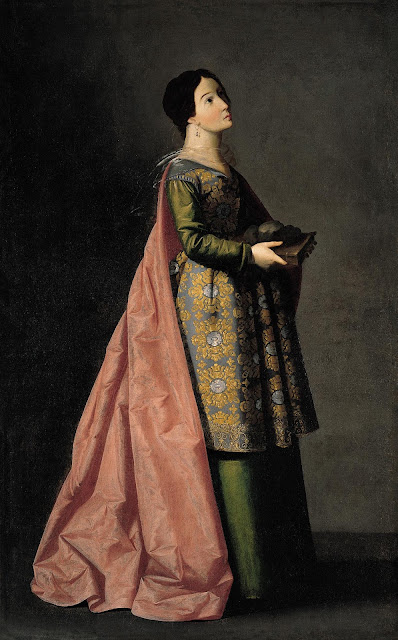 St. Agnes was a rich Roman heiress who was martyred after refusing her engagement due to her Christian religion. Emerentiana’s mother was the wet nurse and nanny of Saint Agnes. 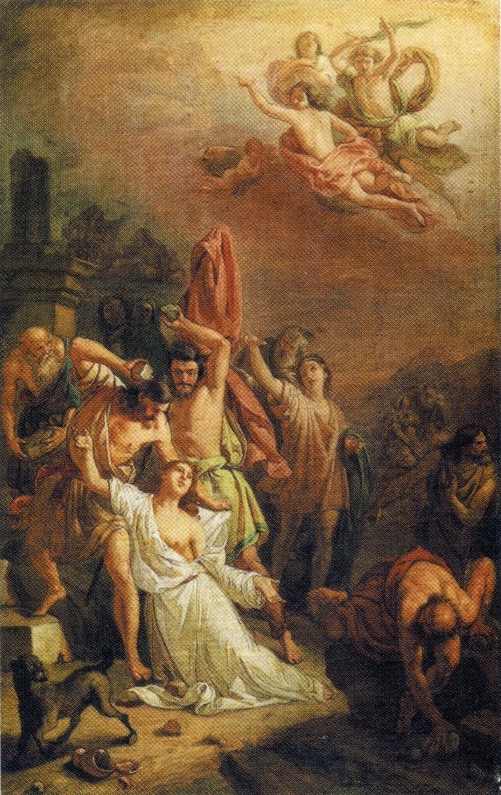 
A few days after Agnes' death, Emerentiana, who was a catechumen still learning about Christianity before being officially baptized, went to the tomb to pray. There was a scuffle between pagans and Christians, and she severely rebuked the pagans. In revenge, they stoned her, killing her in the same grave of Agnes, so her parents buried her with her. This story says that Agnes appeared eight days after her martyrdom to her parents, in order to console them. 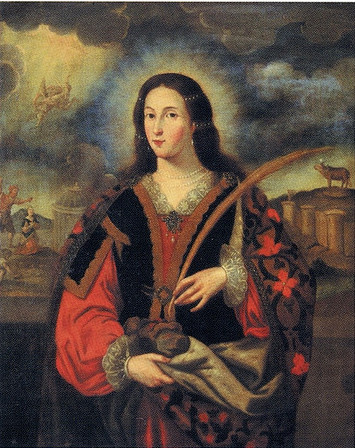 Unknown
Saint Emerentiana; stones in her lap and lilies in her hand

Her feast day is January 23, She is represented as a young girl who either has stones in her lap and lilies in her hand, or as being stoned to death by a mob. More on Saint Emerentiana