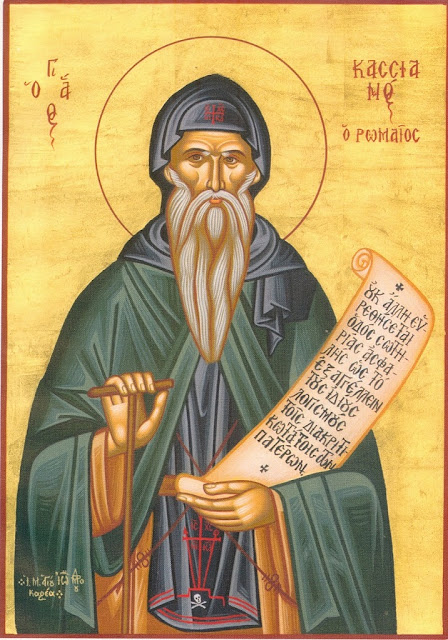 John Cassian (c. AD 360 – c. 435) was a Christian monk and theologian celebrated in both the Western and Eastern churches for his mystical writings. Cassian is noted for his role in bringing the ideas and practices of Christian monasticism to the early medieval West.

Cassian was born around 360, most likely in the region of Scythia Minor. The son of wealthy parents, he received a good education: his writings show the influence of Cicero and Persius. He was bilingual in Latin and Greek. 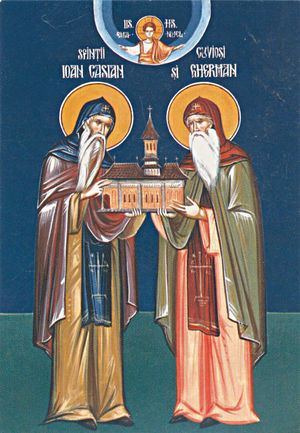 Venerable John Cassian the Roman and Germanus of Dacia Pontica

As a young adult he traveled to Palestine with an older friend Germanus, with whom he would spend much of the next twenty-five years. There they entered a hermitage near Bethlehem. After remaining in that community for about three years, they journeyed to the desert of Scete in Egypt, which was rent by Christian struggles. There they visited a number of monastic foundations.

Approximately fifteen years later, Cassian and Germanus faced the Anthropomorphic controversy provoked in letter form by Theophilus, Archbishop of Alexandria. Cassian noted that the majority of the monks received the message of their patriarch "with bitterness", and charged Theophilus with heresy for impugning the plain teaching of scripture. 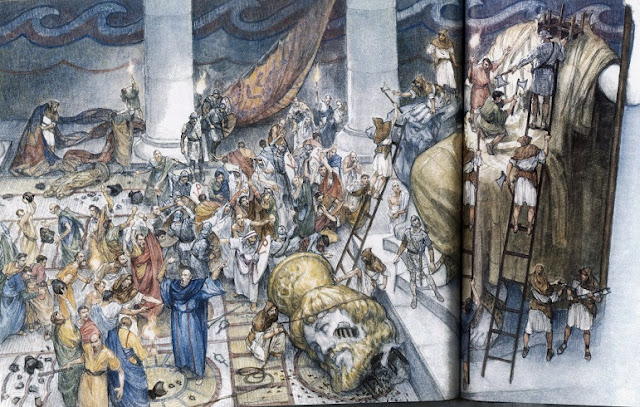 A crowd of Christians who, encouraged by Pope Theophilus of Alexandria, destroyed the temple of Serapis in 391

The Serapeum of Alexandria in the Ptolemaic Kingdom was an ancient Greek temple built by Ptolemy III Euergetes. There are also signs of Harpocrates. It has been referred to as the daughter of the Library of Alexandria. It existed until the end of the fourth century AD. 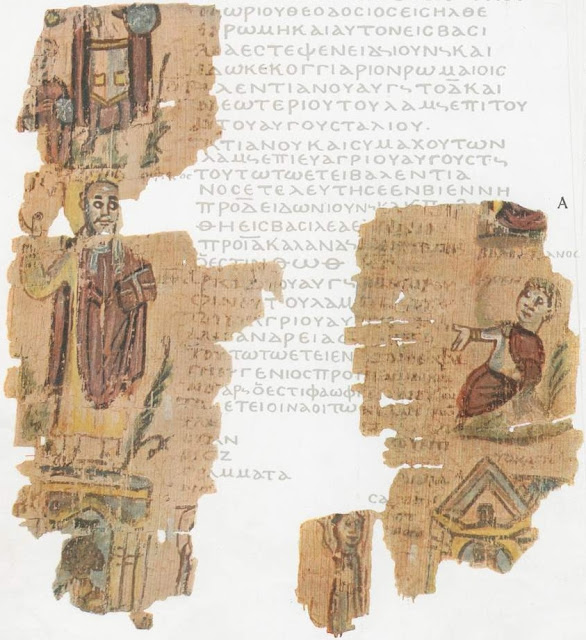 Drawing from the Alexandrian World Chronicle depicting Pope Theophilus of Alexandria, gospel in hand, standing triumphantly atop the Serapeum in 391 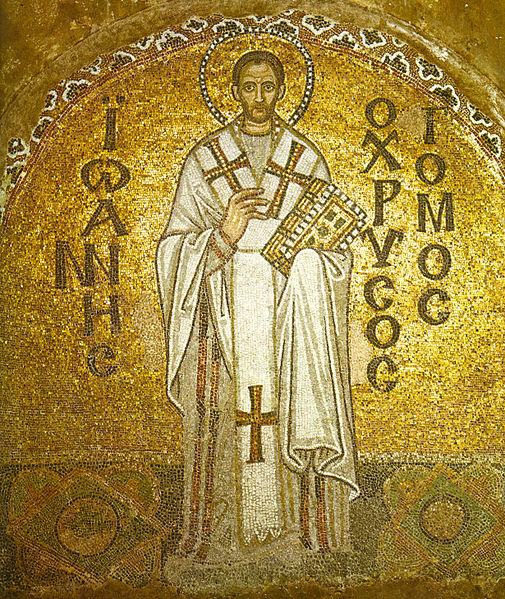 Mosaic in the northern tympanum of the Hagia Sophia, depicting Saint John Chrysostom

Cassian was ordained a deacon and became a member of the clergy attached to the patriarch while the struggles with the imperial family ensued. When the patriarch was forced into exile from Constantinople in 404, the Latin-speaking Cassian was sent to Rome to plead his cause before Pope Innocent I. 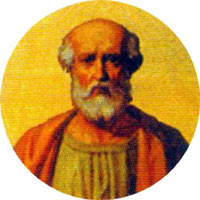 While he was in Rome, Cassian accepted the invitation to found an Egyptian-style monastery in southern Gaul, near Marseilles. He arrived in Marseilles around 415. His foundation, the Abbey of St Victor, was a complex of monasteries for both men and women, one of the first such institutes in the West, and served as a model for later monastic development. 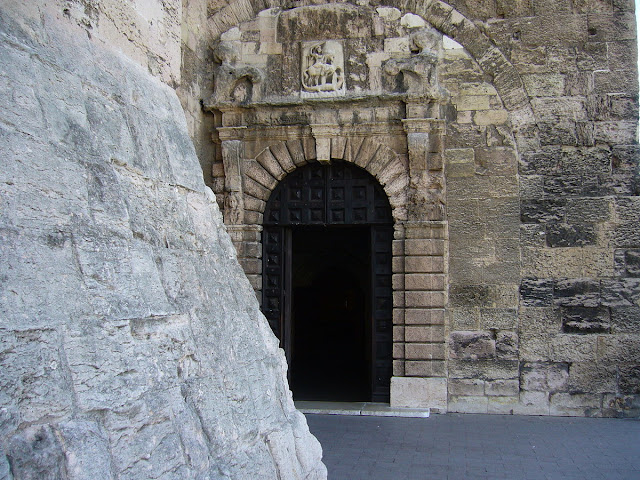 Cassian's achievements and writings influenced Benedict of Nursia, who incorporated many of the principles into his monastic rule, and recommended to his own monks that they read the works of Cassian. Since Benedict's rule is still followed by Benedictine, Cistercian, and Trappist monks, John Cassian's thought still exercises influence over the spiritual lives of thousands of men and women in the Latin Church.


Cassian died in 435 at Marseille.

Please note that the content of this post primarily consists of articles available from Wikipedia or other free sources online.
at February 29, 2020