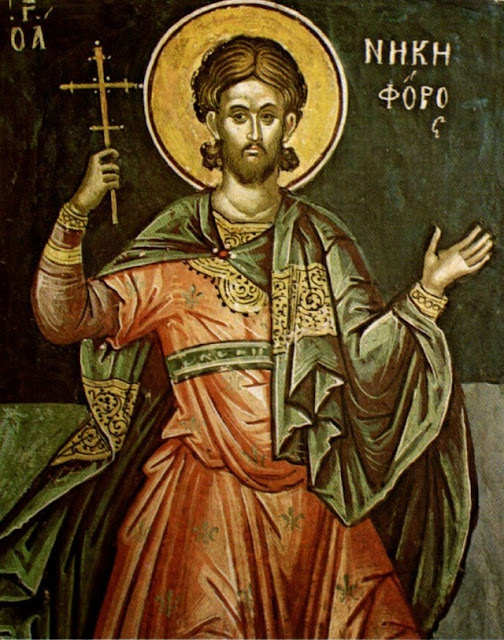 Justin Martyr, an early Christian apologist, is regarded as the foremost exponent of the Divine Word, the Logos, in the second century. He was martyred, alongside some of his students, and is venerated as saint by the Catholic Church, the Anglican Church, the Eastern Orthodox Church, and the Oriental Orthodox Churches.

Most of his works are lost, but two apologies and a dialogue did survive. The First Apology, his most well known text, passionately defends the morality of the Christian life, and provides various ethical and philosophical arguments to convince the Roman emperor, Antoninus, to abandon the persecution of the Church. 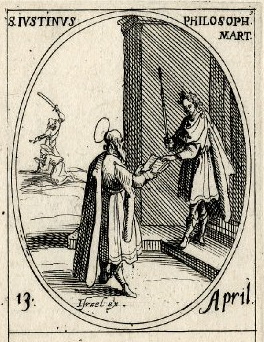 Jacques Callot, (born March–August 1592, Nancy, France—died March 24, 1635, Nancy), French printmaker who was one of the first great artists to practice the graphic arts exclusively. His innovative series of prints documenting the horrors of war greatly influenced the socially conscious artists of the 19th and 20th centuries.


He learned the technique of engraving in Rome. About 1612 he went to Florence. At that time Medici patronage expended itself almost exclusively in feste, quasi-dramatic pageants, sometimes dealing in allegorical subjects, and Callot was employed to make pictorial records of these mannered, sophisticated entertainments. He succeeded in evolving a naturalistic style while preserving the artificiality of the occasion, organizing a composition as if it were a stage setting and reducing the figures to a tiny scale, each one indicated by the fewest possible strokes. This required a very fine etching technique. His breadth of observation, his lively figure style, and his skill in assembling a large, jostling crowd secured for his etchings a lasting popular influence all over Europe.

He illustrated sacred books, made a series of plates of the Apostles, and visited Paris to etch animated maps of the sieges of La Rochelle and the Île de Ré. In his last great series of etchings, the “small” (1632) and the “large” (1633) The Miseries and Misfortunes of War, he brought his documentary genius to bear on the atrocities of the Thirty Years’ War. Callot is also well known for his landscape drawings in line and wash and for his quick figure studies in chalk. More on Jacques Callot

Further, he also indicates, as St. Augustine would later, regarding the "true religion" that predated Christianity, that the "seeds of Christianity" actually predated Christ's incarnation. This notion allows him to claim many historical Greek philosophers (including Socrates and Plato), in whose works he was well studied, as unknowing Christians.

ST. JUSTIN was born of heathen parents at Neapolis in Samaria, about the year 103. He was well educated, and gave himself to the study of philosophy, but always with one object, that he might learn the knowledge of God. He sought this knowledge among the contending schools of philosophy. 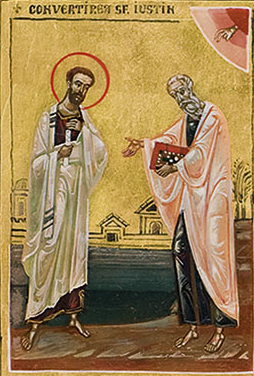 Some time afterwards, he chanced upon an old man, possibly a Syrian Christian, in the vicinity of the seashore, who engaged him in a dialogue about God and spoke of the testimony of the prophets as being more reliable than the reasoning of philosophers.

Moved by the aged man's argument, Justin choose to re-dedicate his life to the service of the Divine. His newfound convictions were only bolstered by the ascetic lives of the early Christians and the heroic example of the martyrs, whose piety convinced him of the moral and spiritual superiority of Christian doctrine.

As a result, he decided that the only option for him was to travel throughout the land, spreading the knowledge of Christianity as the "true philosophy." His conversion is commonly assumed to have taken place at Ephesus though it may have occurred anywhere on the road from Syria Palestina to Rome. 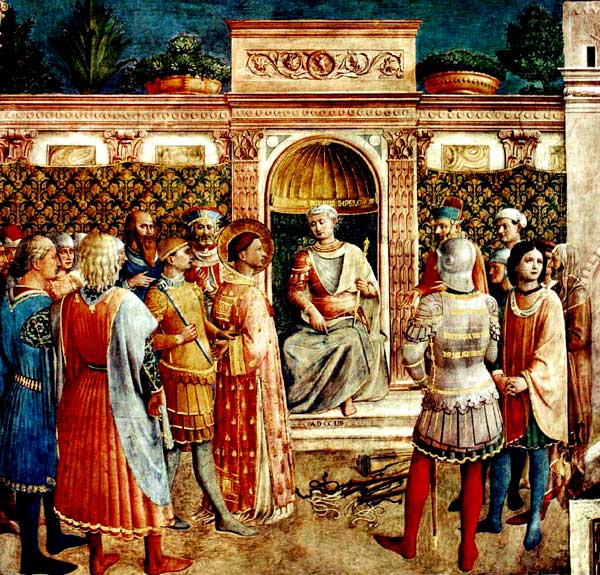 He then adopted the dress of a philosopher himself and traveled about teaching. During the reign of Antoninus Pius (138–161), he arrived in Rome and started his own school. In the reign of Marcus Aurelius, after disputing with the cynic philosopher Crescens, he was denounced by the latter to the authorities. Justin was tried, together with six companions, by Junius Rusticus, who was urban prefect from 163–167, and was beheaded. The martyrdom of Justin preserves the court record of the trial. More on Saint Justin Martyr 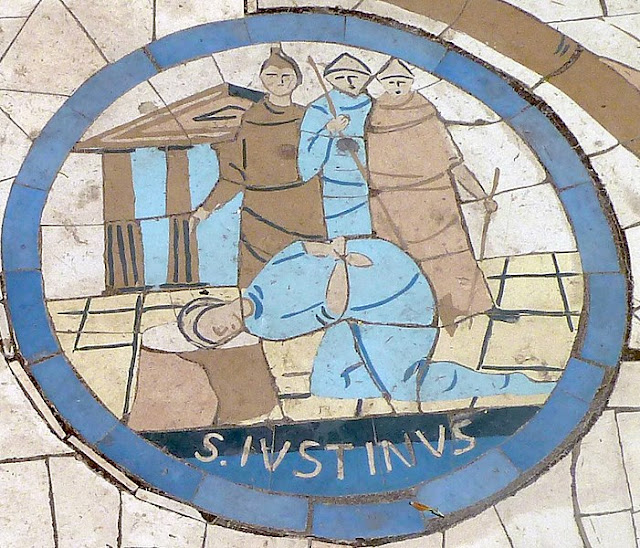 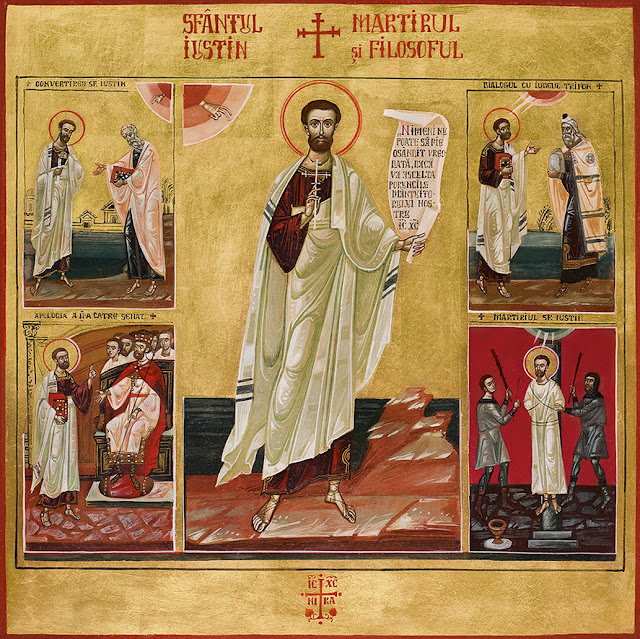 
Images are copyright of their respective owners, assignees or others. Some Images may be subject to copyright
I don't own any of these images - credit is always given when due unless it is unknown to me. if I post your images without your permission, please tell me.
I do not sell art, art prints, framed posters or reproductions. Ads are shown only to compensate the hosting expenses.
If you enjoyed this post, please share with friends and family.
Thank you for visiting my blog and also for liking its posts and pages.
Please note that the content of this post primarily consists of articles available from Wikipedia or other free sources online.
at June 01, 2020