06 Works, Today, June 24th, is Nativity of Saint John the Baptist's day, his story in Paintings #175 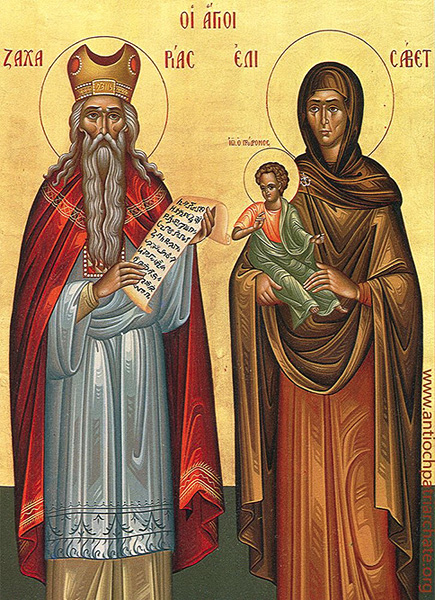 Unknown artist
Ss. Zacharias and Elizabeth
I have no further description of this artwork at this time

John's parents, Zechariah and Elizabeth, were without children and both were beyond the age of child-bearing. During Zechariah's rotation to serve in the Temple in Jerusalem, he was chosen by lot to offer incense at the Golden Altar in the Holy Place. 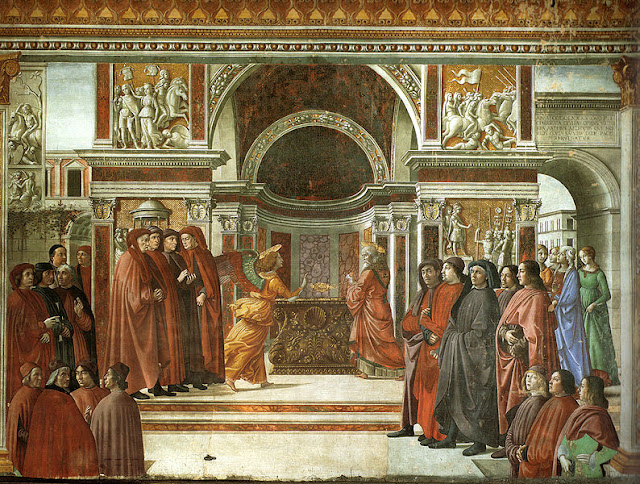 
Domenico Ghirlandaio (2 June 1448 – 11 January 1494) was an Italian Renaissance painter born in Florence. Ghirlandaio was part of the so-called "third generation" of the Florentine Renaissance, along with Verrocchio, the Pollaiolo brothers and Sandro Botticelli. Ghirlandaio led a large and efficient workshop that included his brothers Davide Ghirlandaio and Benedetto Ghirlandaio, his brother-in-law Bastiano Mainardi from San Gimignano, and later his son Ridolfo Ghirlandaio. Many apprentices passed through Ghirlandaio's workshop, including the famous Michelangelo. Ghirlandaio's particular talent lay in his ability to posit depictions of contemporary life and portraits of contemporary people within the context of religious narratives, bringing him great popularity and many large commissions. More on Domenico Ghirlandaio

The Archangel Gabriel appeared to him and announced that he and his wife would give birth to a child, and that they should name him John. However, because Zechariah did not believe the message of Gabriel, he was rendered speechless until the time of John's birth. 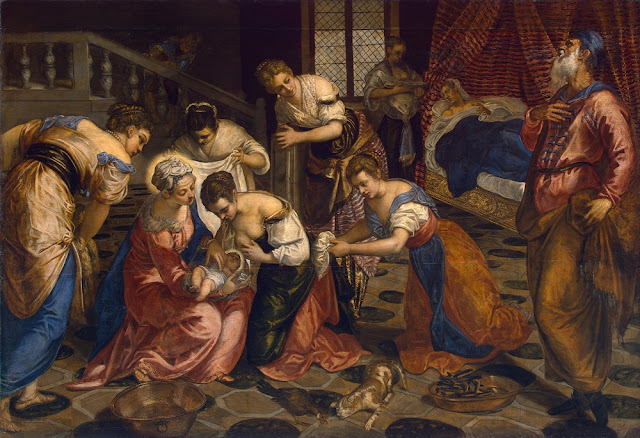 Tintoretto; born Jacopo Comin, (October, 1518 – May 31, 1594) was an Italian painter and a notable exponent of the Renaissance school. For his phenomenal energy in painting he was termed Il Furioso. His work is characterized by its muscular figures, dramatic gestures, and bold use of perspective in the Mannerist style, while maintaining color and light typical of the Venetian School.

In his youth, Tintoretto was also known as Jacopo Robusti as his father had defended the gates of Padua in a way that others called robust, against the imperial troops during the War of the League of Cambrai (1509–1516). His real name "Comin" has only recently been discovered by Miguel Falomir, the curator of the Museo del Prado, Madrid, and was made public on the occasion of the retrospective of Tintoretto at the Prado in 2007. More on Tintoretto

At that time, his relatives wanted to name the child after his father, and Zechariah wrote, "His name is John", whereupon he recovered his ability to speak. Following Zechariah's obedience to the command of God, he was given the gift of prophecy, and foretold the future ministry of Jesus. 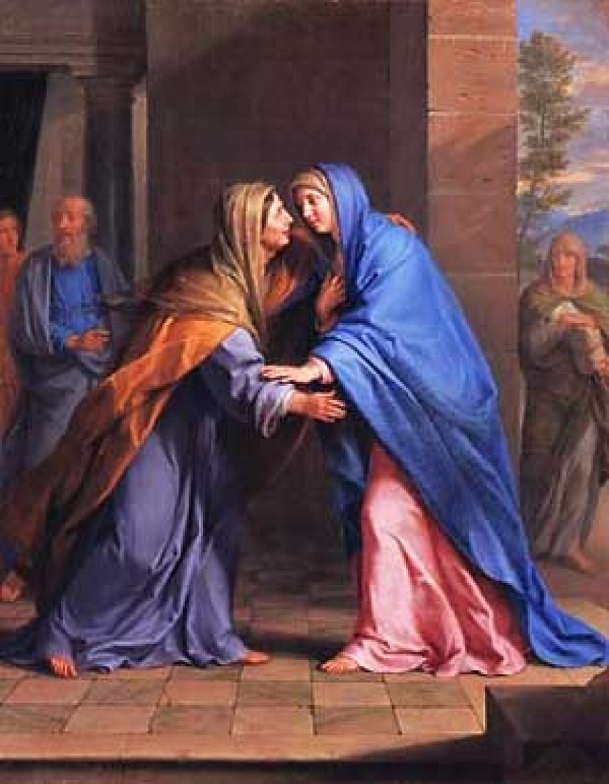 Born in Brussels of a poor family, Champaigne was a pupil of the landscape painter Jacques Fouquières. In 1621 he moved to Paris, where he worked with Nicolas Poussin on the decoration of the Palais du Luxembourg under the direction of Nicolas Duchesne, whose daughter he married. After the death of his protector Duchesne, Champaigne worked for the Queen Mother, Marie de Medicis, and for Richelieu, for whom he decorated the cardinal's palace, the Dome of the Sorbonne church and other buildings. He was a founding member of the Acadèmie Royale de Peinture in 1648.

Later in his life (1640), he came under the influence of Jansenism. After his paralysed daughter was allegedly miraculously cured at the nunnery of Port-Royal, he painted the celebrated but untypical picture Ex-Voto de 1662, now in the Louvre, which represents the artist's daughter with Mother-Superior Cathèrine-Agnès Arnauld. Champaigne produced a very large number of paintings, mainly religious works and portraits. Influenced by Rubens at the beginning of his career, his style later became more austere. He died in Paris. More on Philippe de Champaigne 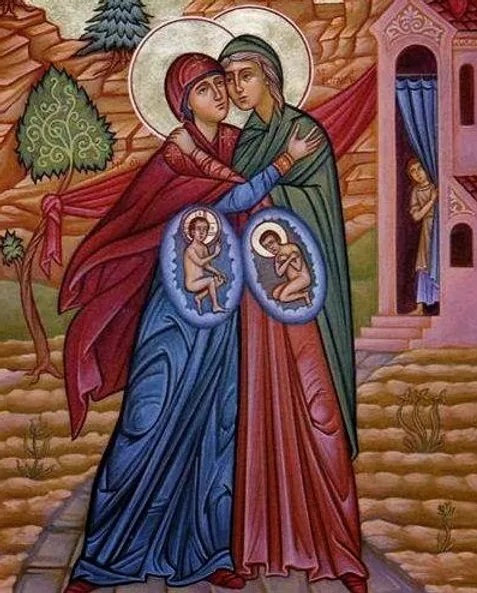 At the Annunciation, when the angel Gabriel appeared to the Virgin Mary to inform her that she would conceive of the Holy Ghost, he also informed her that Elizabeth, her cousin, was already six months pregnant. Mary then journeyed to visit Elizabeth. Luke's Gospel recounts that the baby "leapt" in Elizabeth's womb at the greeting of Mary. More on The Nativity of John the Baptist