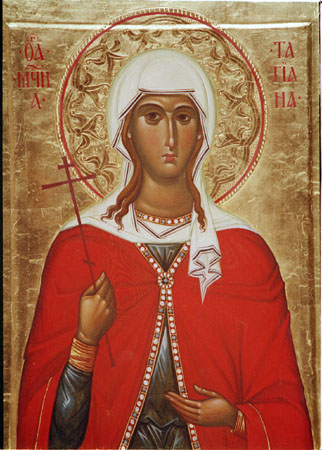 Saint Tatiana was a Christian martyr in 3rd-century Rome during the reign of Emperor Alexander Severus. She was a deaconess of the early church.

According to legend, she was the daughter of a Roman civil servant who was secretly Christian, and raised his daughter in the faith. This was dangerous, and one day the jurist Ulpian captured Tatiana and attempted to force her to make a sacrifice to Apollo. She prayed, and miraculously, an earthquake destroyed the Apollo statue and part of the temple. 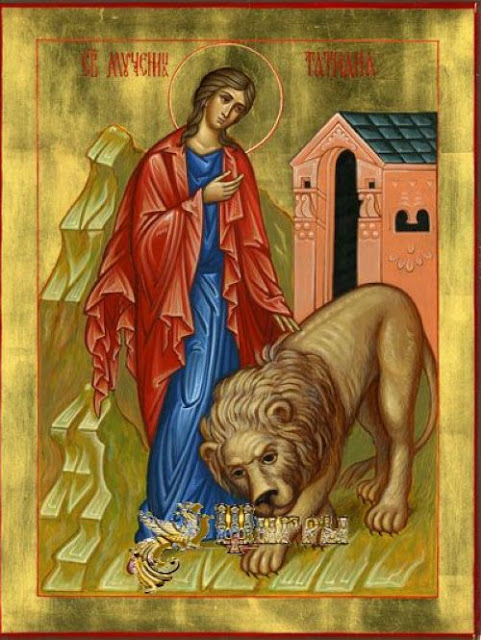 Tatiana was then blinded, and beaten for two days, before being brought to a circus and thrown into the pit with a hungry lion. But the lion did not touch her and lay at her feet. This resulted in a death sentence being pronounced, and after being tortured, Tatiana was beheaded with a sword on January 12, around AD 225 or 230. 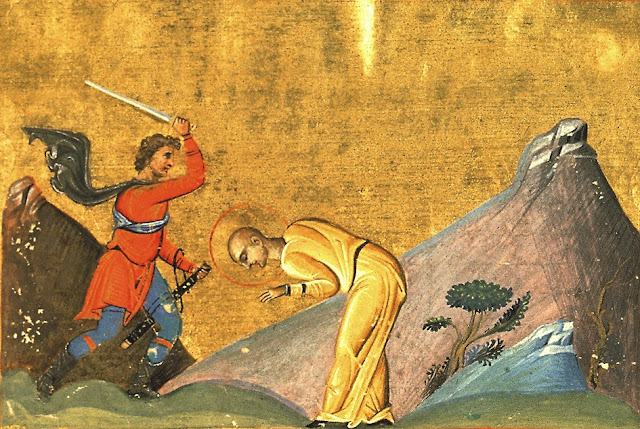 The miracles performed by Saint Tatiana are said to have converted many people to the fledgling religion.

The similarity of her life with those of Martina and Prisca has led some to question whether they may even all be the same person, or if perhaps similar hagiographies were assigned to them posthumously. There is no early evidence of veneration of either Martina or Tatiana in Rome, and Prisca (or Priscilla) is hard to identify. More on Saint Tatiana